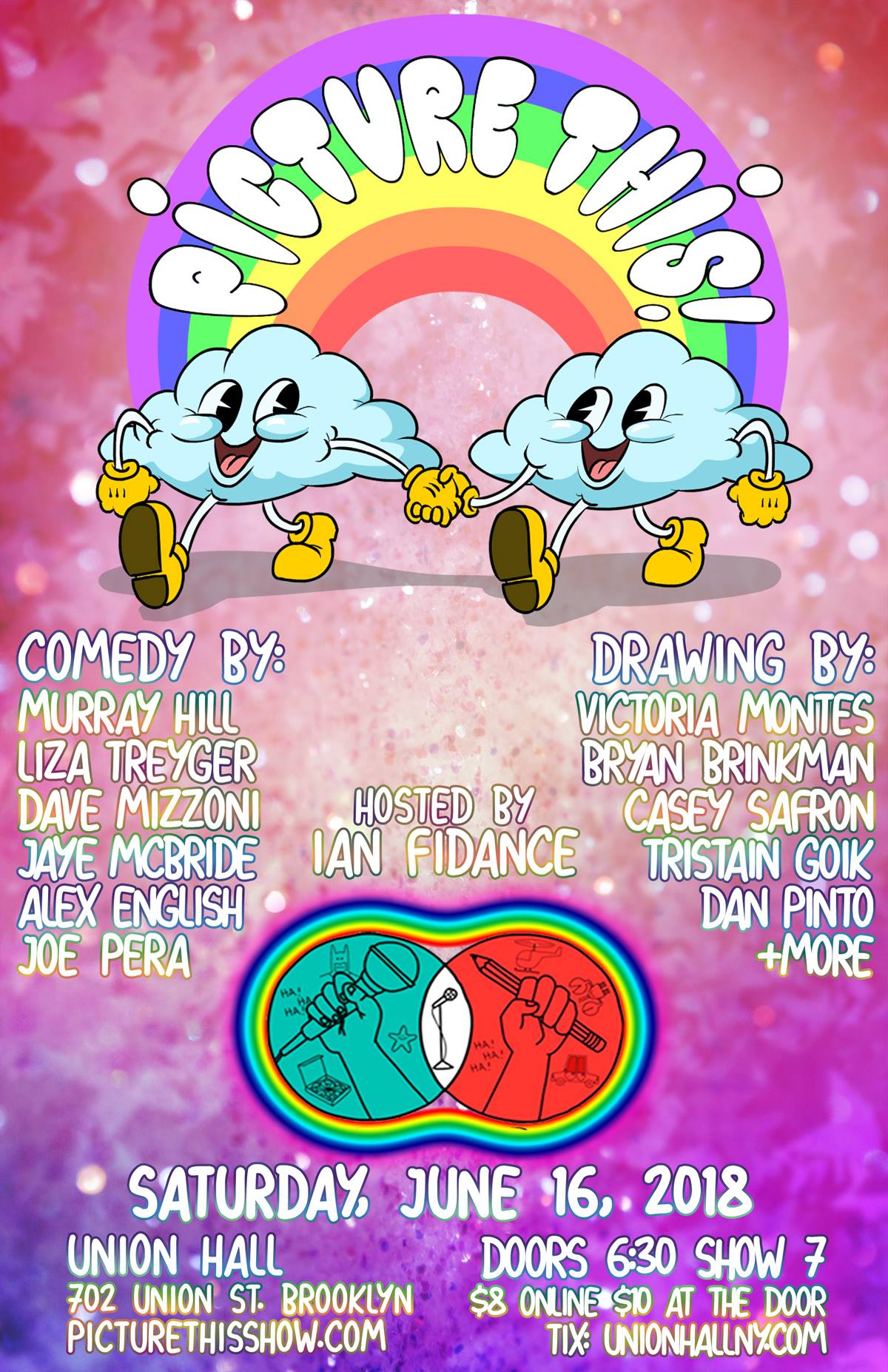 #NewYork #Brooklyn #ParkSlope: Picture This! is BACK for another night of live animated ONE NIGHT ONLY combinations of #NY’s best comedians and artists! ????????????

PICTURE THIS! is a new show from Brandie Posey & Sam Varela: two girls who want to push the boundaries of what a comedy show can be. Picture This! is a live comedy show with stand-ups performing while they are drawn live by some of the best animators, cartoonists, and other artists in Hollywood, CA, SF, NYC and Portland. Picture This! has also debuted in Toronto, New Zealand and Australia! The comedians don’t know what the animators are drawing and the animators don’t know how the comedians will react.

It may be weird.

But it will be FUNNY!

“If you like animated comedies, how about animated stand-up comedy?… It’s just like having your portrait drawn at a fair, only instead of mildly insulting caricatures, you get to see one-of-a-kind depictions of what’s going on inside funny people’s heads.” – Vulture

“The amicable marriage of sight, sound and more sight…each [artist and comedian] performing their due diligence to visualize this crazy thing called funny.” – Spinning Platters

“The dynamic between comedian and illustrator can be push and pull, but when it works, they’re ultimately moving in the same direction.” – The Comic’s Comic

“Often, the drawings are just as funny as the standup, enhancing and occasionally stealing the show.. A comedian might have a prepared set that gets thrown totally into a tangent when the illustrator adds their own input or sketches a crude figure that takes the joke to the next level. There’s also a high potential for verbal vs. visual banter.” – LAist

“Our animators are joke-tellers, too, they just process the same bits visually versus verbally, it’s always so cool to see your bit from a different angle you hadn’t thought to explore! I always feel like I’m dealing with the most talented heckler in the room on the show – once you surrender yourself to the idea that you’ll never be as dynamic.” – Brandie Posey

“The show is growing fast. Comedians perform while comedy’s best illustrators create masterpieces based on what they’re hearing on stage, live. You get to watch the process and it’s a really fun time.” – The Interrobang, Top Five Shows Out of Towners Need to See

“Stand-up comedy typically hinges on performers maintaining total power and control. Yet these shows put a premium on experimentation and vulnerability, humanizing the comics in the process.” – LA Weekly