Posted by David Langkamp on Mar 26, 2014 in ASIFA-East Animated Film Festival | No Comments 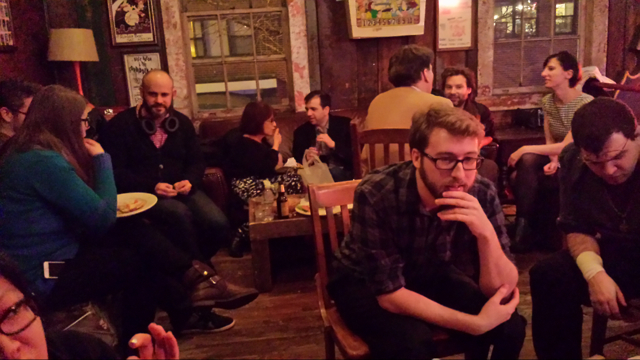 Animators and aficionados, familiar ASIFA-East faces and new visitors all converged on Tuesday, March 18, in SVA’s screening Room 502, for one of the most anticipated ASIFA-East events of the year: the ASIFA-East Animated Film Festival’s independent film night. The submissions did not disappoint; strong films showcased the depth and breadth of technique and subject matter in East Coast animation and beyond. Whether you are a fan of stop-motion, traditional hand-drawn, CGI, or experimental animation, there was something on display for everyone. Comedy ruled the night, but there were also films of a deeply personal nature which tackled serious subjects, and others that were quietly charming or transcendent in their hypnotic beauty.

The evening also served as one of three jury screenings for the 45th Annual ASIFA-East Animated Film Festival. Previous screenings were held for commissioned films and music videos (March 11) and student films (March 13). Current ASIFA-East members in attendance judged each film on the new 6-10 scale, and also voted on craft awards in the categories of writing (including humor), design, animation, sound design, and education. The winners will be revealed and screened at the awards ceremony on Sunday, May 18, with a reception to follow. Don’t miss it! 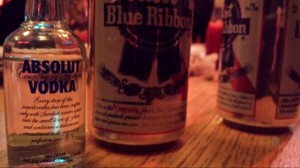 After the screening, a large group of attendees headed up to Rodeo Bar for drinks and discussion. Old friends and new mixed and mingled, talked shop (or not), and brought the evening to a close on a convivial note.

Some trends from the evening: