Posted by Richard on Feb 22, 2010 in Feature Articles | No Comments 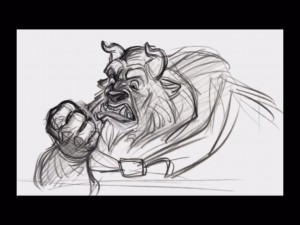 I was lucky enough to attend a preview of Don Hahn’s new documentary, “Waking Sleeping Beauty”. The Dolby Screening Room is a small theater, which is mostly used for critical viewings. Honestly, I felt out of my league there, as possibly the youngest audience member. Still, I can say it was worth it.

Most film artists of my generation know of the Disney Renaissance that took place in the late 80’s and 90’s. After a series of critical and/or financial disappointments by the mid 80’s, it seemed the Disney empire’s best years were behind it. Then with the appointment of new CEO Michael Eisner, along with Frank Wells and Jeffrey Katzenberg, the studio found new direction. These led to some of the studio’s most successful films ever, including The Little Mermaid, Beauty and the Beast, Aladdin, and The Lion King. Don Hahn, primarily a producer, directed this documentary, which covers the inner workings of the Disney studios between 1984 and 1994.

There are several animation and film giants on view here, mostly seen through home movies shot buy future Pixar legends John Lasseter and Joe Ranft. There are several early clips of Lasseter, Ranft, Hahn, Brad Bird, John Musker, Ron Clements, Glen Keane, and Tim Burton at the studio in the early 80’s. Unfortunately (and not surprisingly) these guys came to Disney full of energy and new ideas, but were soon reined in by management more interested in keeping the studio’s reputation intact than in creating groundbreaking work.

The documentary is made in an unusual way; it has no recent interviews. The majority of what we see and hear are voice-over and sound bytes. Most of the time if someone is speaking we don’t see their face, but a dialogue bubble appears bearing his/her name. Everything else is comprised of archived artwork and footage at least 15 years old. In this sense, the documentary feels like a closed set. More than half of the documentary seems to be about the stressful business relationships amongst chair people, namely Eisner, Katzenberg and the late Roy E. Disney. The artistic explorations are more observational than insightful. There is more about what others thought of one’s ideas, instead of how ambitious the artists were. In fact, a lot of attention is paid to how the artists perceived the big-wigs, illustrated with numerous wry caricatures. Perhaps this was done to show how most of the outsiders viewed the artists and animators personalities, which were more excitable than the ultra-conservatives running the studio.

Howard Ashman gets credit for injecting much-needed creativity into the studio’s animation department. In fact, he almost represents the studio’s willingness to change. Ashman was not a staunch-conservative, but he was gay, Jewish, and full of wild ideas. His broadway background, coupled with his insight into favorable characters not only revived the animated musical, but re-defined it. Sadly, although his influence was felt throughout the rest of the 1990’s, Ashman did not live to see this legacy flourish. He died of AIDS in March 1991, a few months before the release of “Beauty and the Beast” (Ashman’s last full project). 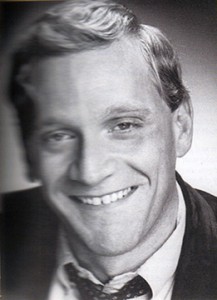 The documentary is occasionally rather dark. Disney is presented to the outside world as a conservative Wonderland that makes beautiful films. In reality, relationships between those running the studio were traumatic, and strained. Jeffrey Katzenberg is presented (in a way) as the bad guy for most of the piece. His appointment to the head of Disney’s Motion Picture’s Division feels contradictory. Although Katzenberg gets due credit for helping steer the studio into more successful territory, the journey was not without tension due to what Hahn feels was Katzenberg’s lack of artistic integrity (compared to the artists making the films). There is also considerable attention to something I have long wondered about: credit. Katzenberg seemed to take more credit for the films than his presence warranted, a move that left many writers and artists feeling cheated.

Although the Renaissance still had some breath left to forge on, it took a huge blow when Eisner’s second-in-command, Frank Wells, died in a helicopter crash in 1994.  Wells is described in the documentary as being the peace-keeper among the executives. After the tragedy, the conflict between Eisner, Roy E. Disney, and Katzenberg was exposed to the outside world.

Although it is occasionally angry and accusatory in tone, Waking Sleeping Beauty is in many ways an affectionate documentary. Don Hahn is clearly looking back on what was to him an important part of American Animation culture. He doesn’t seem to be exposing too much, or damaging any reputations. In fact, it seems  he waited for the right time, to share his opinions. Of course, as an artist, I would  like to have seen more on the animation department and some previously-undiscovered “behind the scenes footage”. But for anyone interested in learning more of Disney’s legacy, this is a must-see. Many people in my age bracket witnessed this part of Disney history as it unfolded through the films we saw in theaters. If anything, the documentary reminds us of it, and of the people who made it possible.