Posted by dayna on Jun 27, 2011 in ASIFA Events, Industry Events | No Comments 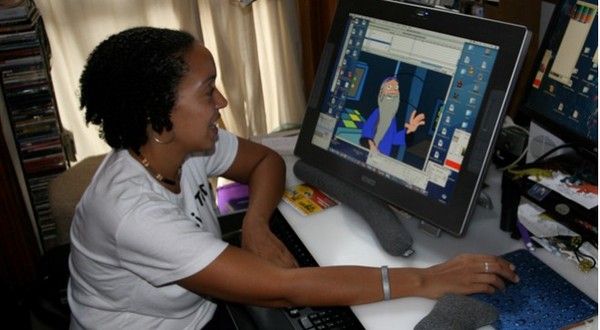 It’s June (or almost the end of it anyway). And ASIFA-East goes dormant for the summer yet again. So for our last event of the season, ASIFA-East presents a discussion on Virtual Studios.

Its no secret (at least within the animation industry) that the recent economic recession wrought havoc on jobs in animation. Henceforth, a lot of industry veterans began taking on freelance work by the load. Looking at the whole situation in retrospect, starting up a virtual studio seems to be out of necessity. For those who don’t understand, a virtual studio is run out of the head director/artist’s home, and instead of within a studio, is managed through a network of different people in different places.

Tonight’s panel discussion, hosted by Dayna Gonzalez, features established LLC runners David Cowles, Pilar Newton, and Alan Foreman. Each panelist presented a reel of their work, each one demonstrating three different and unique talents. However, the evening didn’t seem to be about the art of their animation, but the art of their own businesses. Right at the start, it is stressed that one needs good communication skills and discipline. And although some of it sounds exciting for newcomers looking to start up their own business, this panel should hopefully have demonstrated that running your own business relies on your experiences and contacts, and not just on skill alone. 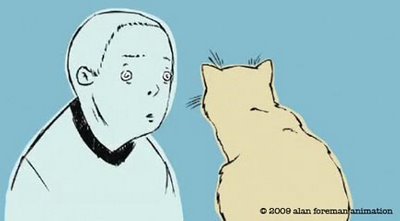 The Panelists:
David Cowles began his career as an illustrator for nearly 20 years. In 2000, he began his animation business working with They Might Be Giants (the patron-saints of animated music videos).

Pilar Newton began her career working for MTV and then John R. Dilworth (among her credits are Courage the Cowardly Dog and Daria). In 2007, work started slowing down, so Pilar began to take on freelance clients, some of which are still with her today.

Alan Foreman started out at Animation Collective, which was shaken down by the financial crisis, and led him to doing more freelance work.

One of the issues that was brought up are what you learn from dealing with clients. Each panelist discussed mistakes they had made in the past with clients.  When taking on a paid job, you must always request a percentage up front. And you should be careful to saying “yes” to too many jobs, which (according to Mr. Foreman) can do psychological harm. It’s no secret here that most of the time, you get clients who have no idea how the process of animation works, and the hours and money they request/offer do not necessarily fit an animation production schedule. It is also not always likely that a client hires you based on something you have done previously, but hires you just because you know how to animate. This becomes even more apparent when the panelists all agree you need to be able to adapt to other drawing styles.

One thing that kept being brought up is whether or not the panelists missed studio work. There appears to be mixed feelings about returning to work in a studio environment. On the upside, you get to control your own hours in your own virtual studio (which you must learn to discipline yourself with), and you don’t have to deal with a boss. On the downside, there is nostalgia for the camaraderie amongst artists in the studio space (a point stressed frequently by Mr. Foreman). In fact, that may be a downside for animation graduates who are struggling to find work and doing freelance, there is no longer the camaraderie they had in school and thought they would have in the workplace. 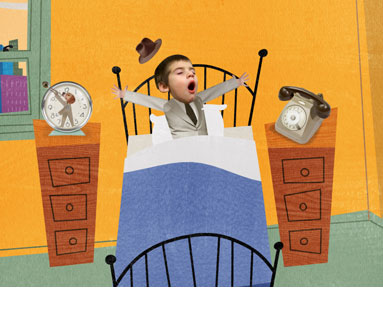 David Cowles: Days of the Week

Finding people to help out is another issue. To quote Pilar Newton, “Necessity is the mother of needing animators” (after stating this, she gives a shout out to her loyal helpers past and present, including the author of this article!). Since you are working freelance, whoever helps you is also working freelance. Mr. Foreman says he likes hiring people he knows personally (which comes back to the whole camaraderie thing).

Near the end of the evening, the panelists each gave their advice to aspiring animators looking to start their own businesses:

Pilar Newton says she was taught by John R. Dilworth to be a Renaissance artist. To know how to do more than one thing.

In the end, it becomes clear that the recent economic recession gave way to more of these virtual studios popping up everywhere. However, many of the people who run these LLC’s succeed based on past experience both in the industry and on their own. Their own business practices are shaped this way. Having your own studio doesn’t mean always doing your own work. In fact, one of the panelists (either Cowles or Foreman) states you should try to have a back-up plan, in case your animation career doesn’t work out. But they all agree that if you are passionate about art and animation, then you should go for it.

Editor’s note:  For those who missed the discussion, a video of it has been posted online at http://www.ustream.tv/recorded/15573157.