Warning: One of these segments includes frontal nudity, but simplified. Probably nothing to get offended over.

I love anijams. Whatever or however the grouping works, I love seeing how different artists can be from one another, even with the same guidelines in mind. It’s an excellent project for animation students, and Robert Lyons has proven that here with a 9 minute collection of short animations by various students. 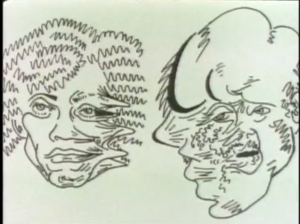 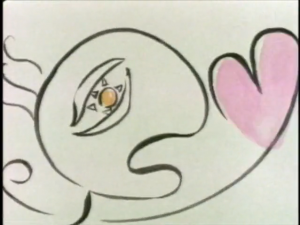 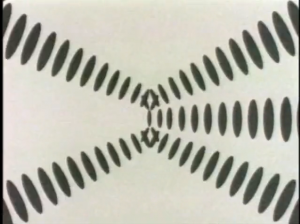 Created by over 40 students, across 8 years, from 2 different schools, Time-Line was an ongoing project in Lyons’s continuing education classes. Begun in SVA (1993-1997) and completed in NYU (2000-2001), each student had to begin and end their individual animation the same way, with a black line bisecting a white frame horizontally. 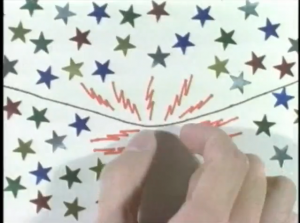 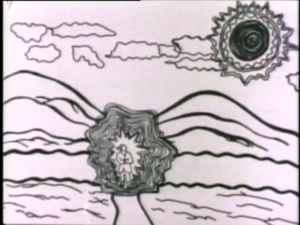 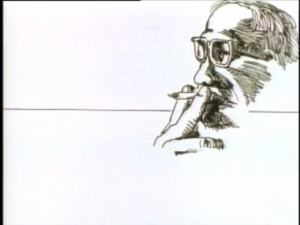 The idea of beginning and ending with a single line allows plenty of space to improvise. There is some wonderfully imaginative visuals going on here, and there is a distinctiveness to most of them which in turn distinguishes not only each artist’s abilities, but also their own ways of thinking. For example, some artists choose to have the line become part of a structure such as a bridge, or objects both stationary (i.e. a trash can) and organic (i.e. trees). Other artists take the line literally, and it becomes a horizon or a surface upon which action takes place. 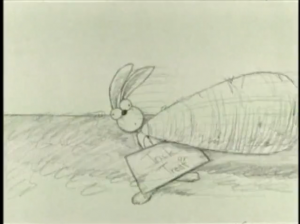