The Secret of Kells Review 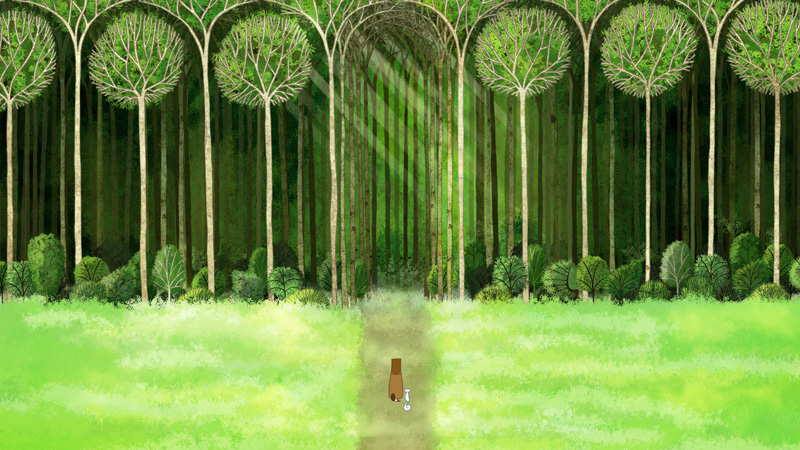 Pardon this review if you’ve already read the thoroughly well written review by Charles Kenny, I’ll try to take another perspective on this one. On Wednesday night, The Children’s International Film Festival hosted a screening night at the Soho House in Hell’s Kitchen. The screening room was small and I happened to be 15 minutes late and missed out on what ended up being the most comfortable leather seats I have ever sat in (for the credits, that is). I digress, sitting on the floor did not hamper the mystical experience that is The Secret of Kells. 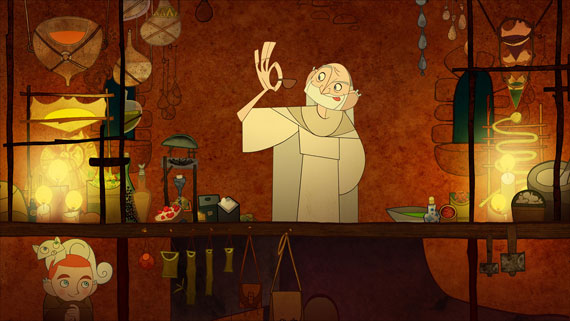 I have to say it has been an incredible year for smaller budget and independent animated features. The main reason for this small screening was to get some buzz built up for the upcoming award season. The Secret of Kells really is a unique film because the quality on a whole is so high. Often films have to sacrifice in places where they just couldn’t make up the money. The design, sound, performance, compositing, and writing were on par with work big name studios with bigger budgets and much larger staff have produced. Now onto the film; The Secret of Kells is a story about a young orphan boy named Brendan living in a walled in town named Kells. Brendan is being raised by his stern and protective uncle who also happens to be the abbot, Cellach. One day Brother Aidan shows up in Kells after his own town, Iona, after it had been destroyed by the norsemen (Vikings). Brother Aidan feeds the wild and bright imagination of Brendan and takes him on as an apprentice to learn illuminated calligraphy. Much to the disapproval of the abbot whose main concern is to prepare for the impending attack of the norsemen on Kells. 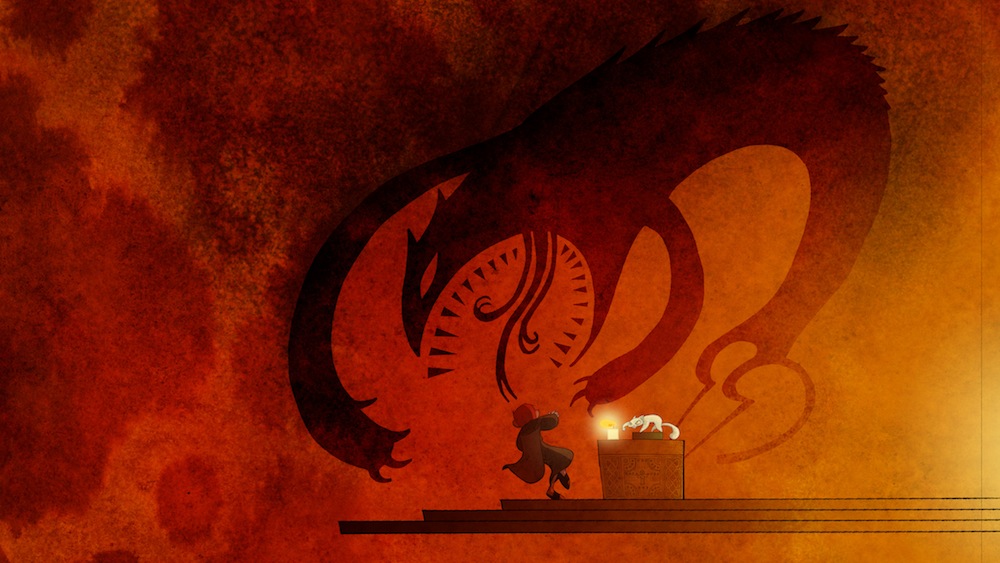 Throughout the story, our young protagonist ventures into the forest on missions for Brother Aidan where our magical mystery tour takes off. It is in the forestry scenes where the art direction of the film really comes to life. The stylization is really prominent from the first frame of the whole film, especially in the forest and interaction with our nymph friend named Aisling. Though there is a clear flat style to the layouts and patterns throughout the film (inspired by the book of Kells itself), often the screen is broken in sections, and the movement of the characters through the shot define the space or imply mystical vastness or passage of time. No part of the screen was ignored and each layout seems so incredibly planned. I fell in love with the dense shots just as much as the more minimal. 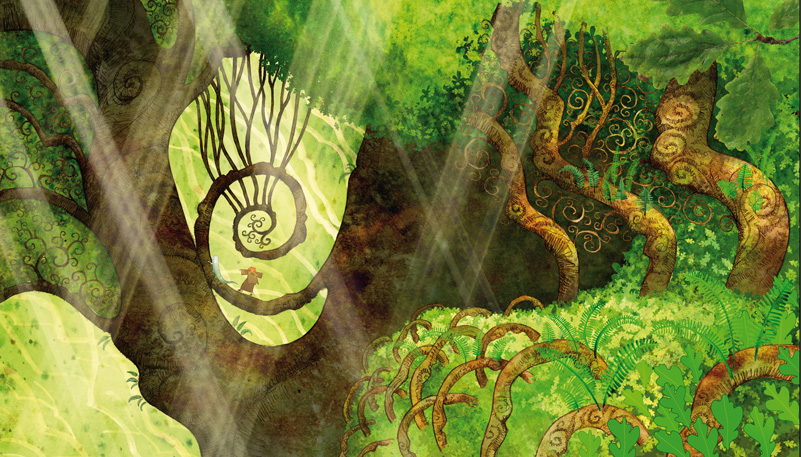 The design of the film may have been distracting upon the first look, but by the end of the film it was all just so cohesive. The character animators were definitely taking on a modern sense of weight and smoothness of action. The costume design and hair movement added to the whimsical performances. I could have used some more subtlety in some of the performances. 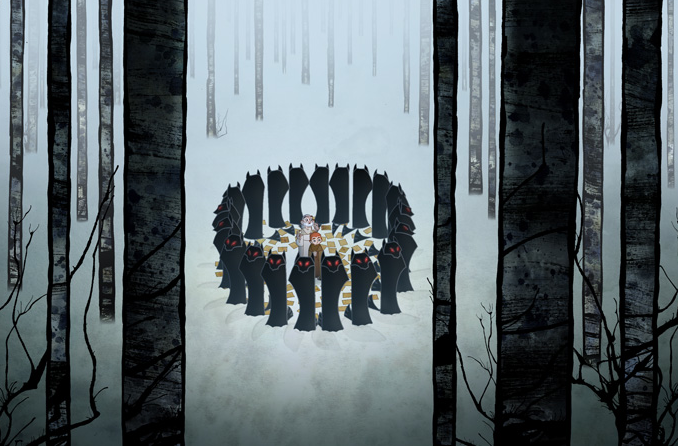 The music and sound design of Kells were perfectly paired. The only possible low point I could find was with the song Aisling sings to cast a spell over Brendan’s pet cat Pangur. It just felt strangely long or out of place somehow. The Secret of Kells also leaves the book that is the main focus of the film, to be somewhat mysterious though it has clearly holy and powerful meaning to Brendan. Considering the film was about the protection of the Christian gospels, there wasn’t an overwhelming presence of religion in the film. It played more to the allegory of good versus evil, or dark versus light. The look of the norsemen in comparison to the innocent villagers is a stunning contrast. I left the film wanting more a little. The conclusion of the film felt a bit rushed whereas the beginning and the forest scenes were well paced. 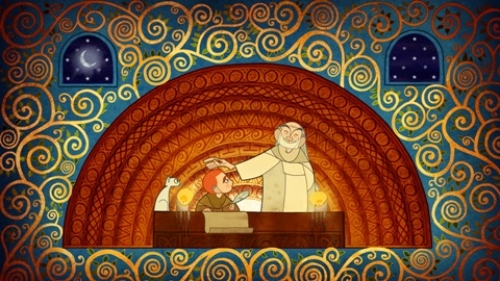 I applaud Cartoon Saloon for putting together a feast for the eyes, as well as a warming experience of the human will through times of hardship and invasion. It isn’t often we see animated films showing the experiences of refugees living in fear and finding light in dark times. A triumph for Ireland’s film community.  A great film.