The 45th ASIFA-East Animation Festival Awards Would Like To Thank…

Posted by Katie Cropper Klein on May 19, 2014 in ASIFA Events, ASIFA-East Animated Film Festival | No Comments 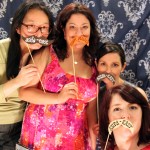 We owe a heap of thanks to many people for helping to put this Festival, Awards Ceremony, and Reception together:

Thanks to everyone who entered a film this year and to those who came out to vote.  The award winners are determined exclusively by the result of the voting from members.  Therefore, without you, this festival would not be possible.

Thanks again to the The New School for hosting our event in their beautiful Tishman Auditorium and to Zoe Ward and Anezka Sebek for their support in coordinating this event.

This year’s Award Ceremony and Reception were sponsored in part by Cartoon Brew and Battery Pop.  Please follow them both on Twitter:  @CartoonBrew @BatteryPop

Thanks to Fiddlesticks Pub for hosting our After-Party into the wee hours.

Thank you to Buzzco and The Productive for serving as home base for our monthly board meetings.

Our Awards Ceremony was hosted by the hilarious Liz Miele, Creator of the hit animated web series Damaged.

Our projectionist for the Awards Ceremony was Phil Coleman. Engineering was Ray Batista and Technical assistance was provided by Joe Carney.

Thanks to William Hohauser for editing our Festival Reel.

Thanks to Steve Zelin, The Singing CPA, for serving as our Festival CPA and tallying the votes.

Our walk around photographer was Robert Raymond.

Our Festival Co-Chairs were Masako Kanayama and Katie Cropper Klein, who do so much of the work and selflessly let the rest of us take the credit.

The 45th ASIFA-East Signal Film was created by Debra Solomon, who couldn’t be unfunny if she tried.

Our Awards Certificates were laid out beautifully by Caresse Singh with designs from the signal film.

Our very first Peggy Award Statuette was designed by Linda Beck and rendered in 3D for 3D printing by Isam Prado.  Katie Cropper Klein shepherded it through conception to execution.

And last but not least, huge gratitude to the members of the ASIFA-East Board who freely give their time and dedication all year long to put this year’s festival and awards ceremony together. 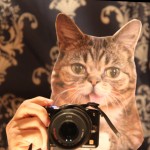