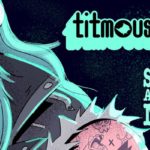 5 Second Animation Night — a Titmouse tradition, a day when Titmouse animators create whatever animated goodies have been floating around in their minds all year. Titmouse began in Los Angeles as a T-shirt company in the year 2000, created by School of Visual Arts alumni Chris & Shannon Prynoski. Titmouse, now an animation studio, […]

Posted by Tristian on Mar 8, 2016 in Industry Events, Uncategorized | No Comments

by Janelle Miau For the past eight years, Titmouse Animation Studio has held its annual “5 Second Day,” one day when all employees are allowed to make whatever films they like, the only rule being that it has to be at least five seconds long. “It was [co-owner] Shannon [Prynoski]’s idea,” explained Chris Prynoski, President […]