Posted by Tristian on Aug 31, 2018 in Uncategorized | No Comments 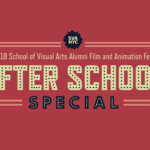 Posted by Tristian on Sep 6, 2017 in Uncategorized | No Comments 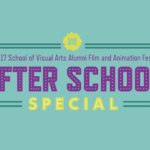 Featuring some of School of Visual Arts’ most accomplished film, television, animation, and visual effects alumni, this week-long festival will include screenings, premieres of new work, and behind-the-scenes looks at cinema & television hits and […]