Step into the 70s with The Funky Turns 40

ASIFA-East members were treated to an intimate conversation with the curators of The Funky Turns 40: Black Character Revolution Exhibition, Loreen Williamson and Pamela Thomas on June 7th, 2014. Thomas and Williamson have amassed over 300 pieces of animation art from 1970s Saturday morning cartoons, presented online at The Museum of Uncut Funk. Each piece of artwork represents a historical first in the depiction of black characters in a positive and realistic manner, a departure from the offensive racial stereotypes of the pre-civil rights era. 60 of those pieces are presented in a traveling exhibition, with stops planned next in Chicago, Seattle, and Reading.

Loreen and Pamela walked our group through the artwork presented and held an information and engaging discussion with us. More than just a trip in nostalgia, these animated shows represent an important period in American history, influencing a whole generation of children who’ve gone on to accomplish great things and who have elected the first black President. For the first time, black children were growing up watching Saturday morning cartoons featuring characters that looked like them and who were positive role models. This had a tremendous influence not only on them, but on all children. Shows like Bill Cosby’s Fat Albert, The Hardy Boys, Josie and the Pussycats, The Jackson 5, and Tarzan and the Super 7 and many more were a welcome manifestation of Martin Luther King’s dream. The exhibition is on view at The Schomburg Center til June 14th. 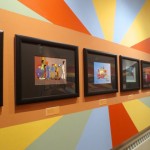 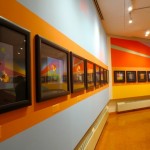 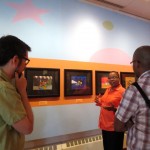 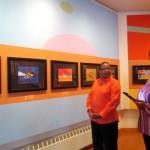 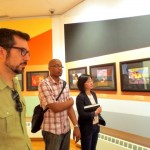 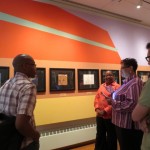 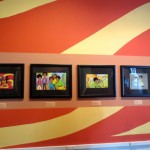 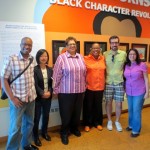