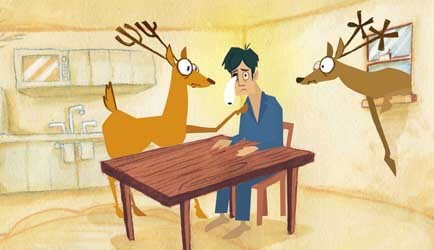 I love this venue.  It’s hip, it’s a great night out, and it’s culture!  I mean, what else would you call a cartoon about a disembodied butter-ghost that emerges from an eyeball one morning and eats the universe for breakfast?

The winners of the Sundance Film Festival shorts category had their night in the lower east side last Friday.  The run consisted of five live-action shorts and two animated pieces: Belly by Julia Pott, and the above-described Dr. Breakfast by Stephen Neary.  “There was definitely an element to Dr. Breakfast that was very, ‘Heck, I’m going to do whatever I want for this film,'” says Neary. 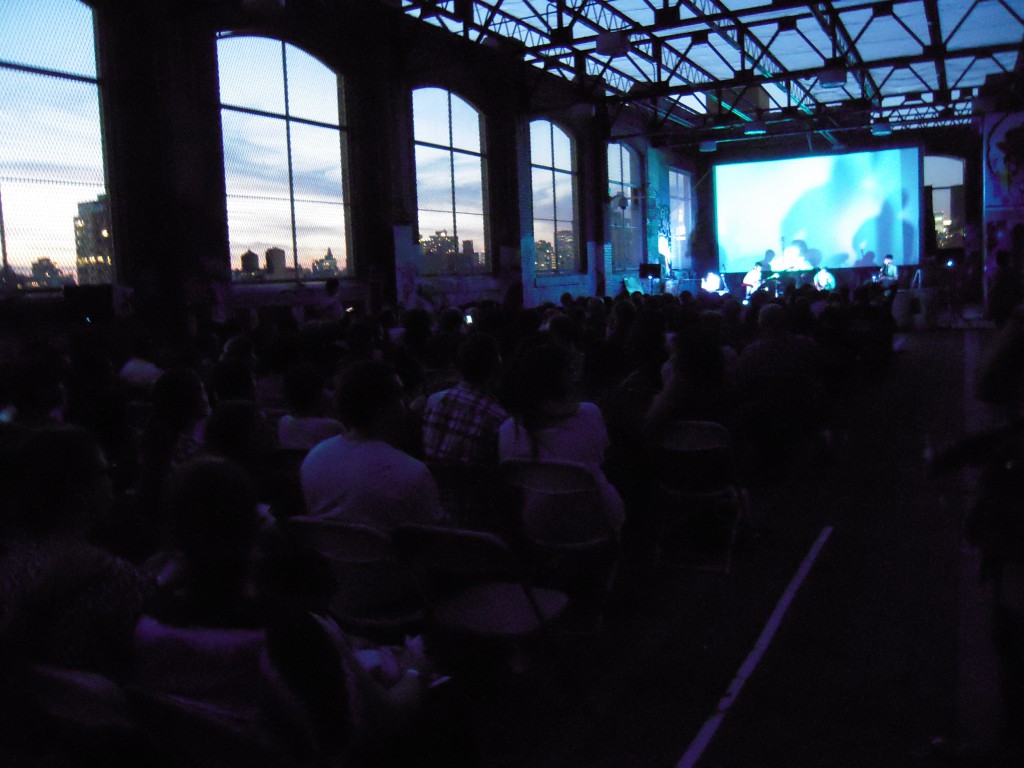 Exiting onto the roof, each attendee was given an enormous bag of gourmet popcorn.  We made our way to our folding chairs, passing booths selling raffle tickets, apparel and other goodies.  The evening kicked off with a live performance by neo-90s rock band Howth, a group that is worth a Google if just to get your toes tapping.

Then Rooftop Films founder and artistic director Mark Rosenberg introduced the shorts.  “Just as you don’t compare a poem to a novel, you shouldn’t compare a short film to a feature,” he said.  “A short film has its own rules.”  New York animators understand this intrinsically, as many of us have worked on or studied short animated films in our careers, but this statement still helped put all the films into their own context – and one that I appreciated.

A live-action film like Bear had the frenetic pace and payoff of an animated cartoon, and The Life and Freaky Times of Uncle Luke was a cross-mutation of live-action narrative and painted illustrations.  I profoundly appreciated Fishing Without Nets and hope it’s spun into a feature. 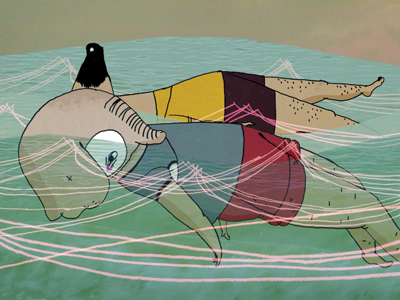 Still from Belly by Julia Pott

Belly, a melancholy, lushly designed film, followed two bizarre brothers and a faithful steed into the belly of a whale.  Animation prides itself on the inexplicable, and this film, with all its steady-paced fairytale drama, has enough fantastical imagery to haunt your dreams.

Dr. Breakfast was an entertaining mashup of AfterEffects and hand-drawn faces, fast and furious with a random storyline that you completely buy into.  While the host body of the insatiable Dr. Breakfast sits catatonically, two wild deer attempt to revive him with domestic niceties.  According to Neary, he made it over a year while commuting to his storyboard job at Blue Sky, plugging in his lightbox on the metro north train.

“The film is really about being an artist, how you’re in your own head, but balancing a manic inner life with a mundane exterior,” he says.  “And it’s about how friendship can rejuvenate that artistic process.  Plus I like deer and I like breakfast.”