Posted by dayna on May 22, 2014 in Feature Articles, Industry Events, Member Perks | No Comments 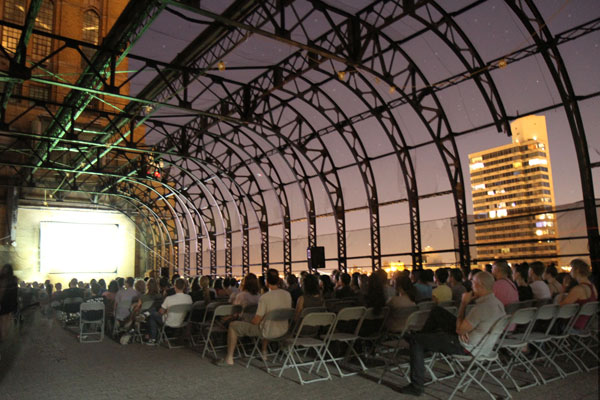 The Roof of Brooklyn Tech, Photo by Irwin Seow

Warm weather has finally come to New York City and that means the Rooftop Film Festival is in full swing!  This wonderful festival shows outdoor films all summer long throughout New York City.  Many of these include animated shorts and amazing independent productions, both short form and feature length.  Upcoming animated programs include a night devoted to Dark Toons and the Animation Block Party.  ASIFA-East members qualify for a special discount of $3 off each ticket.  This code will be sent out to all members via email newsletter.  If you do not receive this code, please contact us. To view all upcoming schedules and to purchase tickets, please visit http://rooftopfilms.com/2014/schedule/.

This weekend’s program consists of a  collection of short documentaries called New York Non-Fiction. These are films that show our city for the sexy, beautiful, dangerous heartbreaker that it is: filled with eccentric tycoons, chain-smokers, hip hop aficionados, prophetic panhandlers, dominatrices, terrible roommates, and fearless cliff divers. It will be located on  the roof of Industry City in Sunset Park, a uniquely New York venue with astounding views of the East River and Lower Manhattan. There’ll be live music from Mountain Animation and an after party with free-flowing drinks from New Amsterdam Spirits.   Click here for film line-up and tickets.

About Rooftop: Rooftop Films is known internationally as one of the most dynamic film festivals in the world. In 2012, we screened more than 30 feature films, almost all of which are New York, U.S. or World Premieres. We showed over 150 short films in themed programs which have received accolades for being smart, entertaining, and filled with astonishing movies. This combination of brilliant, original programming and stunning outdoor venues makes Rooftop Films one of the best-attended film festivals in New York. We have also begun to expand to other cites. In recent years, Rooftop screened films outdoors in Los Angeles, Toronto, Philadelphia, Sweden, Texas, Pittsburgh, Camden (Maine) and others. At Rooftop Films, we bring the underground outdoors. 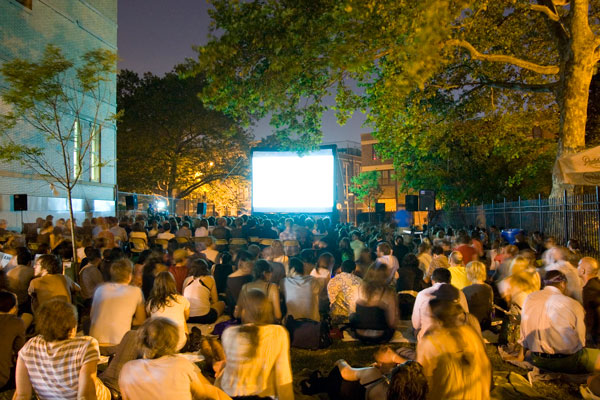 The Lawn of Automotive High School, Photo by Sarah Palmer