Posted by Tristian on Apr 9, 2015 in Feature Articles, Industry Events | No Comments

When you’ve had a long hard day facing the ugly truth, it helps to have a beer hall to turn to.  After I escaped the dangers of corporate pranks and the hipster illusions of April Fool’s Day, my friend deposited me at the Brooklyn Brewery on N12th St in Williamsburg around 8 o’clock.  With an unnecessary QR code in hand, I picked up my ticket and a free beer token, from an online transaction that cost $5 with NO FEES!  It was time for Animation Block Party with the Brooklyn Brewery Mash, a festival of “dinner parties, comedy, screenings, debates, art” and beer, that will spread to New Orleans, Austin, Stockholm, and more.  An excellent stop-motion trailer for the BBMash was made by David Sherwin, illustrating the truck shipments of mash to the brewery.  There was a nice zinger when the truck passes in front of an abandoned lot on Bedford Ave and reveals a new condo in its place. 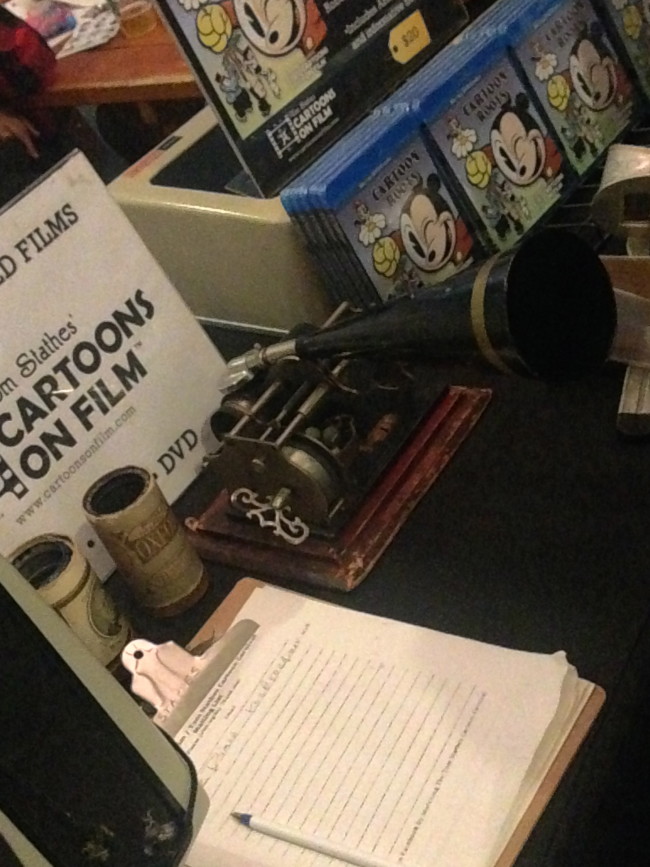 The large hall was filled with benches arrayed in front of a modest pull down screen.  Bite size Halloween candies were thoughtfully deposited in clumps at every seat, with cheese-doodles and more.  In the back were some tables with Sakura art supplies, and in the front was last year’s Art wall from the ABP festival.  You had to purchase tokens at one end to get beer at the other.  Julia Pott designed an excellent set of stickers that they gave away for free:  Norman Rockwell’s The Gossips meets Williamsburg animals.

The night started off with Tom Stathes’ Cartoons on Film, with an Edison cylinder gramophone from The Museum of Interesting Things.  Farmer Alfalfa Sees New York (Bray Studios, 1916) kicked off the theme of New York City films.  It’s a little odd to see the same essential dramas of the city being played out with a 100 year time difference… the Farmer gets targeted almost immediately by a flapper who tries to hoodwink him out of his money with too much champagne.  Next came Felix Woos Whoopee (Pat Sullivan Studios, 1930).  Felix has stumbled out of the club at 3am, and has to get home in one piece, struggling with not-harassing strangers on the sidewalk, not-driving drunk, not-getting arrested, and not-waking up the wife when he gets home.  And not-choking the chicken!  Trouble (Van Bueren Productions, 1931) deals with two oafs literally chasing ambulances to practice as accident lawyers, and ends in a very satisfying gag payoff.  And finally, Skinny & Husky shows us the magic of children visiting Coney Island in what is essentially a message from the Board of Milk People, as evidenced by a few frames of their placard thoughtfully left in the reel. 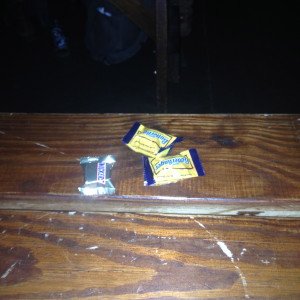 ABP founder Casey Safron was there to introduce Tom and a round of modern animated films from Family Camp, Anchovy Warhol, Leah Shore, Sean Buckelew, Sarah Miskoff, Mike Hollingsworth, Exit 73 Studios, and more.  Leah Shore was in attendance, and so were some people from Titmouse NYC.  AND some friendly faces from our recent jury screenings!

Buckelew’s film was a B&W brushstroke inked on paper, of two people playing badminton with a computer generated V.O. that ended up being completely compelling.  I finally got to see Shore’s I Love You So Much, about her and a cutie ensconced in a womb-like tent, declaring their love for each other to ridiculous lengths, with shaky excited animation springing off their live action bodies as they talk.  I have “waterworld style” written down…  I’m gonna guess she said: “I love you so much I want to drink you like…” no that doesn’t work.  Guess you’ll just have to wait and see for yourself! 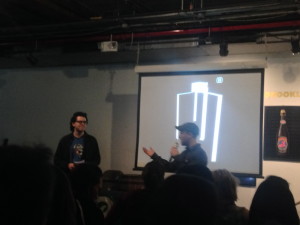 Miskoff had a great film called SKINNY! about female-body issues, that starts off as some unconfident anime trope but blossoms into a Scott Pilgrim style think piece.  Warhol’s #PUSSYJOEL a brilliant rendition of Billy Joel’s “We Didn’t Start the Fire” which shows a slide show of a cat you can adopt, each one named after a word in the song.  The most brilliant was “Congo Hemmingway” which stayed on screen for much longer since it bridged the end of one stanza and the beginning of the next.

The closer of the evening was the crazy ass film Prison Pit by Johnny Ryan who animated one of his own comic books.  This is some coked up Superjail nonsense that is excitingly violent and gory and grossly sexual enough to freak out the two Upper East Side stiffs sitting nearby who (perhaps rightly so) had no tolerance for such a thing.  OH BROOKLYN! 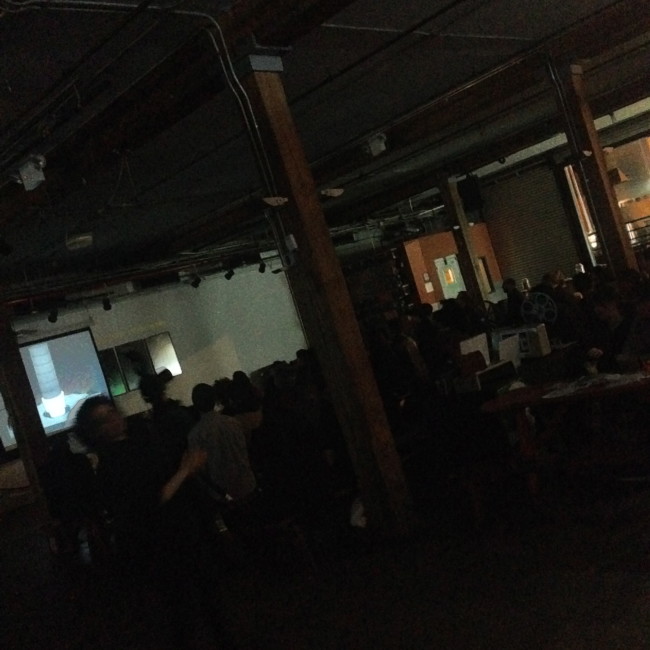 It looks like the rest of the ABP Brooklyn Brewery Mash (Thru November) will feature different rosters of local animators from city to city.  Cya!!