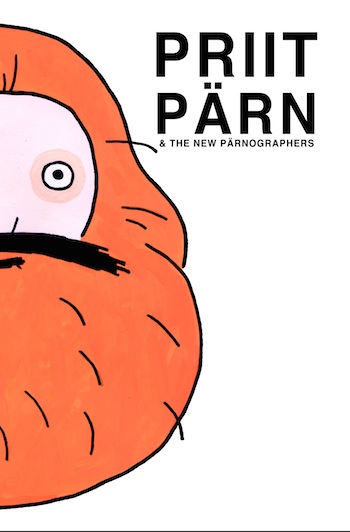 Next week, Priit Parn will be in town for an exciting program featuring his work over the years.  Please read on for information on this once in a lifetime chance to meet and screen this prolific Animator’s work!

From Steve Cossman: There are six screening programs and all the advanced tickets to PROGRAM I have sold out so I wanted to share more details in case you’d like to attend one of the other 5 programs.

Priit Pärn, one of the most influential artists/animators of all time, will fly to Brooklyn in order to attend a specially curated screening program of his work September 27th, 28th, and 29th 2012.  This Estonian plant ecologist-turned-animator has not been to NYC since 1989; this is a rare opportunity to meet him in-person and to see his films on the ‘big screen’.  The six-part screening program simply titled PRIIT PÄRN includes a selection of his post-soviet era films: HOTEL E (1992), 1895 (1995), NIGHT OF THE CARROTS (1998), KARL AND MARILYN (2003), FRANK AND WENDY (2003-2005), LIFE WITHOUT GABRIELLA FERRI (2008), & DIVERS IN THE RAIN (2010).  Priit’s trademark style employs dark humor, embraces the absurd, and exploits national stereotypes.  He delivers cultural criticism and questions our ideas of a social utopia with the sharpest of wit.  Not a single minute will disappoint.

Evidence of his influence can be found in much of the US animation from Rugrats/Ahhh Real Monsters to SuperJail!  A complimentary/supporting program entitled THE NEW PÄRNOGRAPHERS will present contemporary animated shorts by over a dozen artists from around the world whose work has been inspired by Priit Pärn.  Some of the participating animators include: Koji Yamamura (Japan), Igor Kovalyov (Russia/USA), Erik Alunrum & Mihkel Reha (Estonia), Dylan Hayes (USA) Ami Lindholm (Finland), Joni Manisto (Finland), Christy Karacas (USA), Anna Virtanen (Finland), Gretta Johnson (USA) Elli Vuorinen (Finland), Kaspar Jancis (Estonia), Ülo Pikkov (Estonia) and more.  One animated short will screen before a feature film each evening over the course of the 26 day period leading up to Priit’s visit on the 27th.

Full details about the screenings can be found here:http://spectacletheater.com/priit-parn. I’m also assembling a small publication to commemorate the two programs.  There will be a very limited edition printing of this exhibition catalog. At present Priit Pärn has illustrated many children’s books in Estonia, has been mentioned in several books on the history of film, but never has there been a publication dedicated to his work and his influence on international/american art with commentary from over a dozen international artists of note. It’s contents will include also stills and photographs from the program, with images, stills and comments by international animators in the supporting program.  The Royal College of Art ordered a copy for their library this morning, should you have interest you may order a copy here.