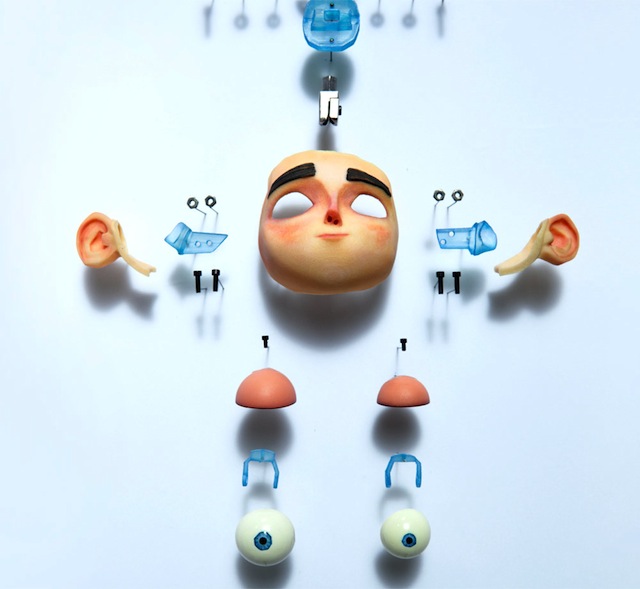 It was an early Sunday morning when animators and regular-folk gathered round to see a special screening of “Paranorman.“  After being reminded by countless email blasts (ASIFA, NYU, WGA, NYCIFF…) people lined up early to make sure they got a chance to see a Q&A with the movie’s two directors, Chris Butler and Sam Fell.  Michael Sporn was on hand to ask them questions.

Chris Butler, the sole writer, told us about his naughty childhood.  He says his afternoons were spent on horror and zombie flicks on TV, and that he probably should not have been watching.  He described the story of “Paranorman” (which he began writing during the production of “Coraline”) as “John Carpenter meets John Hughes.”  Possibly with some Scooby-Doo thrown into the mix.   He started to explain that his dialogue was specially crafted to use zombies as a metaphor for bullying in the society (who is really acting ‘undead’ here anyways…), but I think the staging and shots of the ‘zombies v. mob’ scene speak for themselves.  I got so caught up in the rapid editing and rapid escalation of anger that any dialogue cues that came later fell rather flat.

Sam Fell was a stop-motion animator in the 1990s.  I am interested in seeing his short animation “The Big Cheese” which promises horror and some kind of trick ending.  He recounted his work on “The Tale of Desperaux” and “Flushed Away” and said that he was glad to make a brave new statement with a ‘real sense of light’.  Strike that, a bold new statement.  Brave, Sam says, suggests the statement of some other company…   He went on to attribute the new age of stop-motion to three revolutions: 1) the introduction of new 3D stereoscopic technology, 2) rapid prototype printing of models, and 3) a vast improvement in visual special effects over all.

All of the characters were modeled on the computer, but those models were based off of physical puppets.  [For example, the witch’s giant evil sky face is clearly not a real thing, but you can see evidence of tulle and the ballet costumes the puppet was made from.]  Combine that with 3d printing, and you have a shit ton of models.  There were 160 different characters in the film, and supposedly some of them had 1.5 million facial expressions, including ‘the usual 20’ (that’s some sort of CGI in-joke I guess, or just an in-fact).  The high number of expressions comes from the fact that the face is split in half horizontally, and exponentially increases your options.  Michael Sporn cited some interesting NY Times photos, and CartoonBrew has some cool looking smear-models from the production.   Perhaps all those models were a bit too overwhelming for the directors, because they professed to not know what the final budget on the film was.    The production company Laika has a whole warehouse full of sets and models that they will split up into archives, charity donations, auctions, gifts, and trash.

After all the puppetry, modeling, printing, compositing and general whizz-buggery, we are left with characters that are part human, part muppet.  The printed Norman faces handed out at the screening (we are too good for masks) are careful studies in the innate human attraction to symmetry, and the asymmetry/individuality we desire in our personalities. But I am in love with the character design.  Everyone is a caricature of a human, from the POV of a kid.  People’s hips and shoulders are jarring at first, but as they strike a pose and we settle on them for a while, we are eased almost unknowingly into a child’s eye level and the characters become beautiful (mmm, Mitch).

Chris Butler and Sam Fell wanted us to know that they carefully split up the film into chapters, and gave each animator their own special section to work on, alone.  While I understand that this is to broaden the animators understanding of the action within a scene, and that it is to prevent different styles/attitudes from jumping in randomly, I find it difficult to draw the line.  The end result is a wonderful exciting and funny animation, so how would we really know if one animator jumped in on some else’s scene or not?  I suspect there was a lot more to this directorial decision than what was idealistically described at the panel.

Michael Sporn wants you to know that there are some really cool Olympics/Paranorman crossover ads out there. You should probably check them out.  Sporn was a wonderful host, and dealt with AMC’s spectacular microphone-fail admirably.  Paranorman opens everywhere Friday, August 17th.

Ok, so there’s one final jock-joke at the end that I’m sure everyone will be buzzing about soon.  But get this, Sam Fell suggested that there was some debate about whether to keep it in, because of the risk of getting a PG-13 rating.  (This was confusing, one friend said she wondered if they were instead talking about the “F-word” swear joke)  But, considering that “Paranorman” is a movie about tolerance Chris Butler said that it would be “gutless not to do” the joke.  I don’t particularly care about the social statement (see “Call Me Maybe” video) but the timing and delivery was the perfect ending to a long night of zombie horror.