Posted by dayna on Oct 20, 2013 in Call for entries, Feature Articles | No Comments 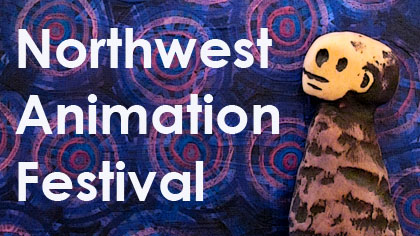 Here’s some news on the Northwest Animation Festival from our friend, Festival Director Sven Bonnichsen —

The Northwest Animation Festival is now accepting film entries for 2014.

Entry is FREE if you get your film in by Dec 1. Send films via online transfer using wetransfer.com, vimeo, or the service of your choice. The simple 20-question entry form can be sent via email.

NW Animation Fest is a variety show that celebrates the best new work from independent animators around the globe. The 2014 festival will take place on May 15-18 in Portland, Oregon. The entire program of films repeats on May 23-25 in Eugene, Oregon. Selected audience favorites will receive one-day-only “Best of the Fest” screenings during September in both cities. Portland’s schedule will include many additional special events, including after-parties, animated installation art in the theatre’s lobby, and a presentation by LAIKA about the upcoming stop-motion feature film BoxTrolls.

Organizers expect to screen over 150 films, making this the largest animation show in the USA. You may submit films made at any time during your life. You are free to simultaneously show your work online or at other festivals. After Dec 1 there is a low entry fee ($10-$20) which can be paid online. The final deadline is December 31, 2013.