Michael J. Ruocco has a star rising in the animation community. Michael’s senior thesis, which we hope to exhibit here very soon, is already generating fan art around the internet art communities. And as a blogger, Michael is involved with at least two notable animation blogs. The author admits to admiring Michael from afar.

In between freelance and studio work, Michael created NEST, a short and sweet animated film about a bird building a cozy nest on a red/white pole. The bird completes the nest, and nestles down for a nap. But unfortunately, the pole begins making noise, one that denotes the stability of said pole. 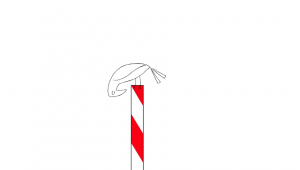 Of the short, Michael explains:

“…NEST came about because of all the trouble I had with my thesis. While the idea just sort of popped into my head like any other idea would, the style of it came from being known by some of my friends in college (and even my girlfriend) as somebody who never finished anything 100%.” “…as far as NEST started out, it looked like it was the beginning of another one of those cases, but my girlfriend stepped in and jokingly commented that it would probably be another half-gestated idea on top of many other forgotten ideas.”

Michael speaks of an issue most great artists have. In that our heads can have many goals and ideas to achieve, yet we ultimately cancel them out because there is too much to do. 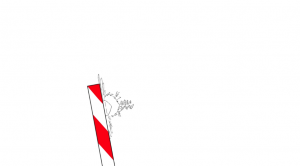 “I realized my biggest issue was that on all my previous films, my thesis especially, I bit off WAY more than I could chew. They were long films, with full color, fluid animation, voices, music and a lot of convoluted details (not story wise, just execution-wise). So I forced myself to take this concept, break it down to it’s most simplest form, to make it as bare-bones as possible without compromising the main thrust of the story and focus on the things I really wanted to pull off, which was animation and comedic timing. So I cut out everything that I knew wasn’t really necessary to the film, like color, dynamic compositions/angles, music and a longer running time, and just dived straight into it and animated it. I even tried to make the bird even more graphic than the final design ended up as. I was aiming for a UPA-style/NBC peacock kind of look, but my fluid-animation instinct sort of took control over that and he became a bit more “organic”. But other than that, I kept to my plan; no color, no detail and to keep it as short as possible, and luckily it all came out for the better.” 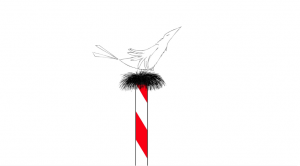 On the note of Michael’s fluid-animation instinct, the bird in NEST is a brilliant demonstration of Michael’s ability to combine realistic movement with quirky character traits. The way the bird falls off and smacks into the pole at the end is combined with a realistic rendering of the bird’s body and flight dynamics. It doesn’t need any color or shadow to feel like a fully formed creature.

“It completely skewed and changed my approach to making films, and I use this sort of process whenever I start something new. I keep with a simple idea and have a simple goal for myself, and if I think it needs a little something extra on top, I at least make sure I leave myself enough leeway to do so.” 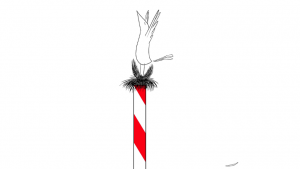 Michael may also have a side-career as an animation author on the rise, as he is currently running a highly notable animation tumblr, Smears, Multiples and Other Animation Gimmicks. The Smears… tumblr captures the imagery that any casual viewer might miss, and ultimately take for granted when the characters’ acting works. In fact, these images should be displayed as works of art alone in a gallery. Michael was also involved in a tumblr based on Disney legend Ward Kimball, in collaboration with Cartoon Brew’s Amid Amidi. The Ward Kimball tumblr (in conjunction with Amid’s intended biography of the Disney legend) is a visual insight into the process and humor of a brilliant and influential animator. 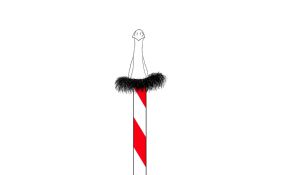 We hope to show more of Michael J. Ruocco in the near-future. To watch his progress, check out the following links: