Montag ~ “There Is A Voice” by Samantha Gurry

One of the better things about the beginning of the MTV music video era is that it allowed a new platform for experimental filmmaking to be seen and exposed. Indeed, music has always played an important key in animation, and in more alternative forms of filmmaking, the two are sometimes interchangeable to a certain extent. In this day and age, the term music video is still generally passed around, albeit a little misleading at times.

Samantha Gurry’s video Montreal musician Montag’s “There Is A Voice” is a very simple yet hypnotic piece of experimental filmmaking. It combines cut-out forms and found objects with minor live-action accompaniment, all brought together in an organized fashion. The video succeeds in presenting a world that is far removed from our busy reality, but at the same time one so familiar and inviting. It also serves as a touching tribute to another inspirational artist, one who had a profound effect on Montag. 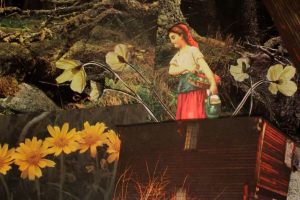 According to the filmmaker, the video came about after Samantha was approached by the musician, Antoine Bédard (aka Montag). She was asked to create something for his concept album Phases, for which each track has an accompanying video. This particular song, “There is a Voice”, is inspired by Bédard’s friendship with Trish Keenan, the lead singer of English band Broadcast, who passed away in January 2011.

“[Bédard] asked me to get inspired from the music and art of Trish Keenan, and several films like The Wicker Man, Valerie and Her Week of Wonders, and Švankmajer’s Alice. Some of the images in the piece were photos sent to me by Bédard, taken of the area where Keenan is interred.”

The background of the song, of which the lyrics are inspired by emails between Bédard and Keenan, is also very touching and informative. More can be read here. 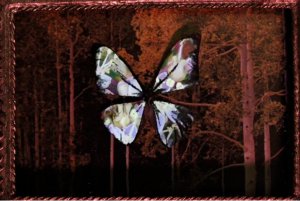 Samantha’s experimental technique captures a very warm essence rarely seen in today’s digital age. Most of the imagery involved in the video is either found household objects or pictures of rural settings and greenery. In both cases, the animation and the imagery are very organic in nature, and the general absence of living beings compliments the song’s haunting melody and lyrics. Indeed, the only suggested life in the clip is that of a lone butterfly, itself a symbol of a rebirth.

“In making this video, I wanted to explore rebirth, items weathered by age, and pungent familiarity. I was living with my Grandmother at the time in the house that she was born in. The flowers are all from the backyard, both dried and fresh. Many of items I used in the piece, I found in the basement of her home. They were set aside and saved for their future utility. While they had faded, rusted, or yellowed, they were still functional in their own way. I like to work by first surrounding myself with items, images, and papers that I feel fit into a piece and working from there.” 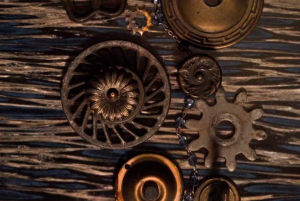 Samantha Gurry is currently based in Philadelphia (not too far away from our corner of the world), and is busy on her next video/animation project. We will surely be keeping an eye out for it, Samantha! More of her work can be seen here.