Posted by Tristian on Sep 11, 2013 in Feature Articles | No Comments

On 26th street and 5th avenue lies the Museum of Mathematics.  The museum is all about touching math.  Their logo is made up of your four basic colors, and a variety of variables.  These variables are determined at a station, with knobs and buttons that control spin and scale.  It gives you freedom in visuals and hand control that can greatly benefit any animator.

Once you gain admission from an automated ticket machine, you can bring your personalized ID tag to the museum’s many stations.  Theoretically, you will wind up with copies of all your work as a result, but I was unable to identify exactly how these ID cards were read by sensors (the IDs consisted of a 3 digit code made up from a set of shapes and the 3 primary colors).  The docents only were able to tell me that nearby ID cards could confuse the system.  Fortunately, you don’t need them at all to have a great time.

Each exhibit consists of an engaging physical and visual display, plus a detailed mathematics lesson.  You can switch between easy medium and hard math, but it really helps to use both the written text and the… toys, for the full effect.  It is hard to predict what concept might exactly trigger your creativity, but here are a few examples.

Recent advances in laser-etchings have inspired new explorations in geometry.  Based off of Moebius strips, a wall of complicated, snake-like knots stands in harsh light.  Using special angles of cuts to reflect the light, the shapes have a sort of holographic depth and volume.  The metal looks like it has been brushed with fairy dust.

Times tables have been given a revolutionary new form.  Numbers and factors originate at the bottom of a stairwell, while their multiplications have been turned into parabolas of wire spun around a number staircase of its own.  You can set the numbers to multiply at the base, and see what lights up as the answer. 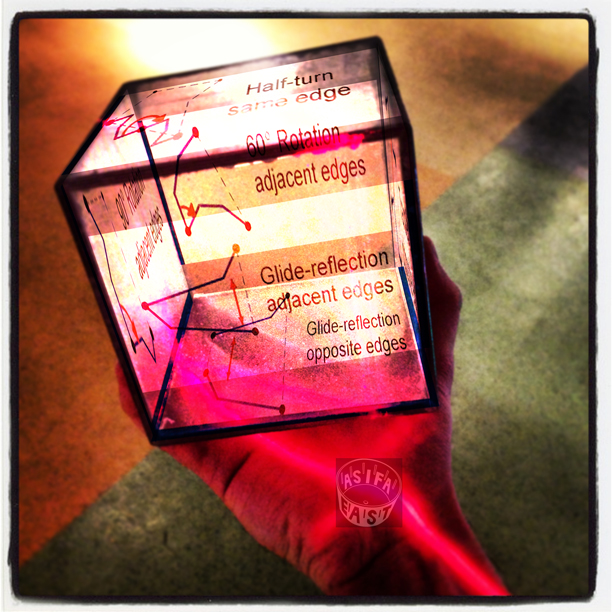 You can also get hands on experience with blocks.  One door way is curtained with a laser beam that reveals the outlines of objects that pass through it.  This can be used to illuminate the cuts of a cube, or to give yourself a quick body checkout to see your shape.  My favorite station explains the mystery of tessellation, that people have used to make animals and birds interlock.  The math behind it is broken down in graspable steps, but it’s still heady.  Once you learn to see in glide-reflected adjacent edges, you can make your own patterns in a point-and-click computer program.  But they should have made instructions of the weird computer panels’ buttons as well…

Feedback Fractals turn out to be the term for the effect I’ve been seeing at the last few animation festivals that project live musicians on a video screen.  While the display was sadly in disrepair, the potential was more than enough excitement.  Two people can point their own cameras around the space, and the feed turns into a 4-split screen.  Bending the camera’s point of view controls the fractal patterns that are a result of a split second time delay.  But the camera should be still for the full pattern to emerge. 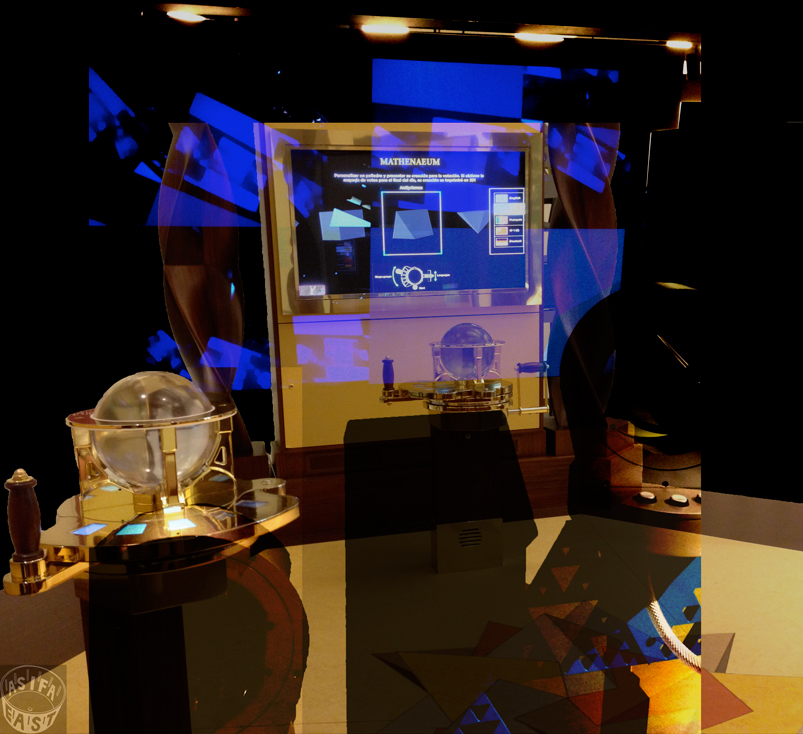 The Mathenaum is a construct that would not look out-of-place in Myst, and without the low res graphics.  Using a lever, dials, and buttons, centered around a crystal ball, you can design models that, if voted up by the public, will be turned into 3D printed sculptures.  The customization comes in the extruding and exploding of cubes’ edges and faces.  (This is where the ID card would come most in handy, so you can get recognition for your design!)

Fractals make a quick comeback in another projector room which replaces your arms with miniature versions of yourself.  It turns you into a cute little snow tree or cherry blossom, and the most fascinating part is seeing the branches slowly branch out in complexity.

There are many more exhibits that will expand your mind, but the craziest one I saw would have to be the Patterned Pants exhibit.  YES, this didn’t work fully either but please listen to the concept.  First, you paint a pattern on a large vertical canvas (digital screen) with an electronic paintbrush.  It’s got real bristles (which are more decorative than anything since the screen is pressure sensitive) and you can dip it into little fake paints cans to change the color.  Then the brush strokes you make are repeated in a kaleidoscope to make a fabric pattern.  Ideally you turn around to a mirror, where some sort of ‘pants’ will be projected onto your reflection and you can take a picture of yourself like you just went shopping at Desigual, or perhaps are at a Drink’n’Draw party gone wrong. 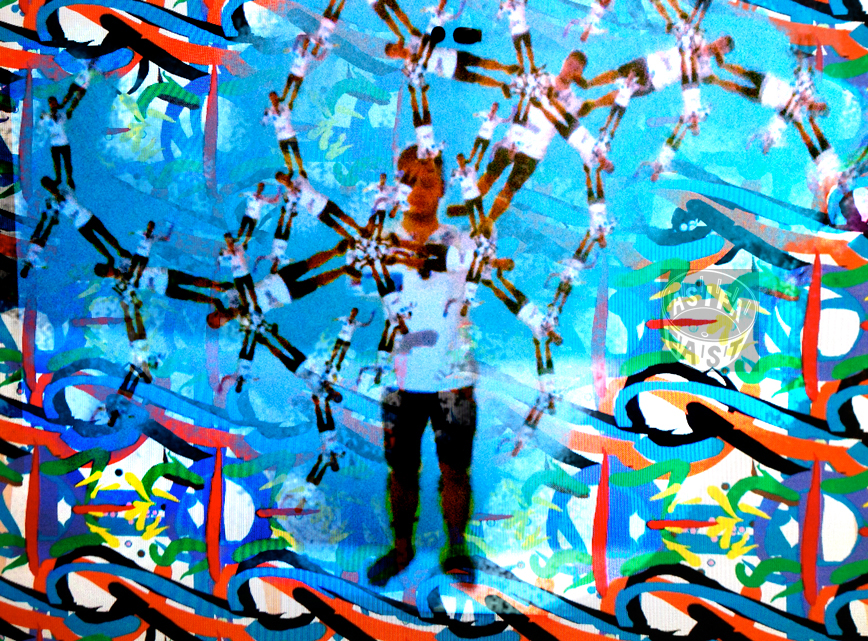 Out of Control Pattern making with Fractal Arms and Pattern Pants

What computer bugs the museum has are almost irrelevant.  The very idea and design of the exhibits are way past due.  It’s amazing to see kids wrestle and play with these mathematical concepts, first as a toy and then as a lesson when they start to read about it.  Any animator looking to exercise their logical minds would be greatly benefited here.

P.S. – Don’t forget about our first event of the year! An Evening with the NFB In 3D