Our friend, Animation Historian John Canemaker would like to invite you to his upcoming talk on Tyrus Wong at MOCA. Please read below for all the details: 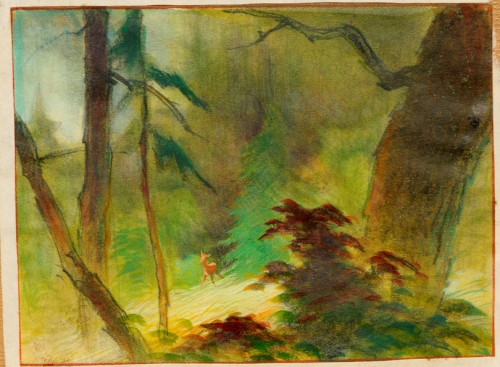 MOCATALKS:
Tyrus Wong at the Disney Studio (1938-1941)
Museum of Chinese in America

Academy Award-winning filmmaker, animation historian and NYU professor John Canemaker presents a profusely illustrated analysis of Tyrus Wong’s influential and unique contributions to the art direction of the animated feature film Bambi (1942), and his personal experiences working three and a half years at the Walt Disney studio.

John Canemaker won an Academy Award and an Emmy Award for his animated short, The Moon and the Son: An Imagined Conversation. He is a tenured professor and head of animation at New York University Tisch School of the Arts and recipient of NYU’s Distinguished Teaching Award for “exceptional teaching inside and outside the classroom.” Mr. Canemaker is also one of America’s most respected animation historians, the author of twelve acclaimed books, including Winsor McCay: His Life and Art, and The Lost Notebook: Herman Schultheis and the Secrets of Walt Disney’s Movie Magic.