Posted by Tristian on Oct 14, 2012 in Feature Articles | No Comments

The Metropolitan College Computer Animation Festival is brought to us by the lovely people of the New York–chapter of the Association for Computing Machinery‘s Special Interest Group on Computer Graphics and Interactive Techniques.  Whew.   The co-chairs of this year’s festival were Jaime Ekkens and Scott Lang, the best pair of prize fighters you could hope for.  On Sept. 28th at the Fashion Institute of Technology, they gave us a collection of about 30 different short films.  They did a great job on ordering the stories, for maximum impact on juxtaposing religion and science.  I remember last year’s festival, and the participants still skew heavily toward Asians and SVA alumni, but I believe SIGGRAPH simply has more representation at that school.  The emphasis of course is on your 3d CGI films, but there are a few refreshing flakes of drawn or composited animation.  Wobbe Koning (on the SIGGRAPH board) is a professor who teaches 3d animation to illustrators, and I think it’s safe to say that really contributed to the high production values of the films over all.  This festival really is a must see for the 3d-crowd, especially college kids who need to know what they’re up against.  🙂 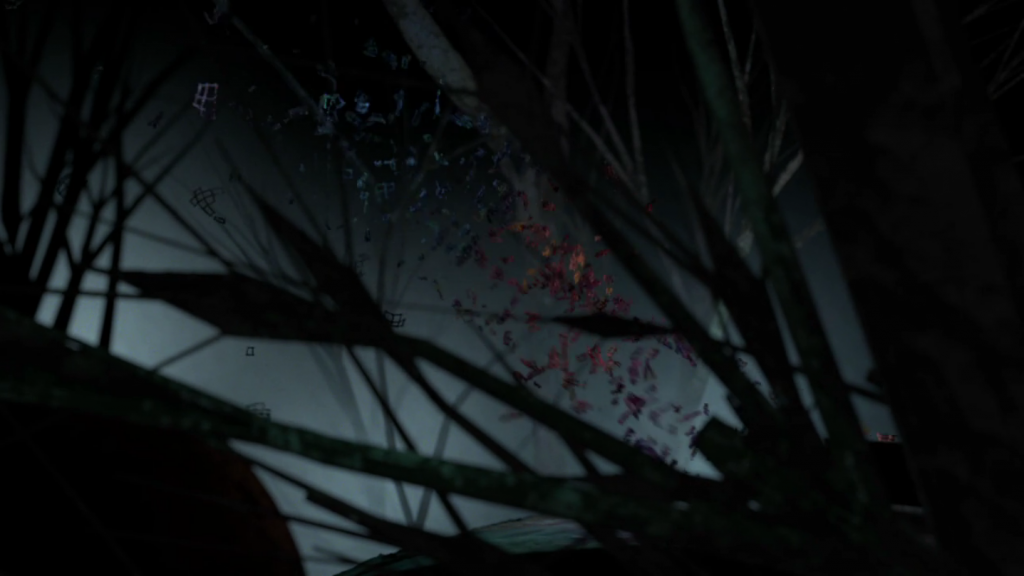 Red v. Green.  A timeless battle of life, meticulously crafted out of rods and spheres.  Excellent animal-animation combined with gene sequencing.  My favorite.  Should be paired with THE MUSTARD SEED (Go. E Yook, SVA) for a sharp religious taste.

A cautionary fairy tale about wanting big boobies.  I thought everybody knew not to make deals with cats anyway.  Kim did a great job switching between human acting and cat in the same character (with the help of two separately rigged models).  I asked her if she thought anime was degrading to woman and that’s why she was making a big-boob statement, but I don’t think she understood the English word “sexism” when I was talking to her.

A film-noir about post-war Shanghai.  I love the old classic style, and the flashback of the mother’s song is tear-jerking.  Paired well with DAS TIER (Alexander Smith, Parsons) which is a WWII German film.

A Transformer awakens from slumber in a sunken ship to relive that one last glorious concert.  Mesmerizing tech-opera/transformations.  The best of the 5 short films who rather heavy-handedly copied specific animation-feature styles.  (You know who you are).

Dance film!  A girl confronts the relationship with a man who can’t let her go.  Black ink threads, sexily entrap her arabesques.

A detailed explanation of being Zen.  Nice stylization of humans, beautiful landscapes and sound design.

PS – I am so happy to say that I’ve been asked to join the board of ASIFA-East.  Thank you guys so much!  I encourage all my readers to become a member so we can continue this great club.  Without your support, the animators of New York will have one less great place to meet new friends.