Posted by dayna on May 12, 2014 in ASIFA Events, ASIFA-East Animated Film Festival, Industry Events | No Comments 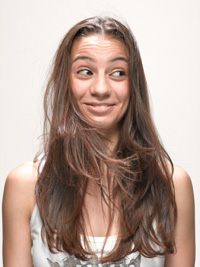 ASIFA-East is very happy to announce that Liz Miele, Star Comedianne and Creator of the hit web series Damaged,  will host the 45th Annual ASIFA-East Festival Awards Ceremony!  Liz Miele made her debut in the New York comedy scene as a determined and precocious 16 year old.  By 18 she was turning heads with a profile in the humor issue of The New Yorker Magazine.  Now a “veteran” at 28, Liz is a regular at the best clubs in the city including Carolines, Gotham and Stand-up NY.  She tackles such topics as inter-racial dating, fear of walking home alone, and mental illness in her family with a sarcastic wit and youthful charm.  She was recently featured on Comedy Central’s Live at Gotham. She also writes and co-stars in a weekly web series with fellow comic, Carmen Lynch called Apt C3 and created and writes an animated web series about broken robots adopted by humans called Damaged. For more, please visit: www.lizmiele.com. 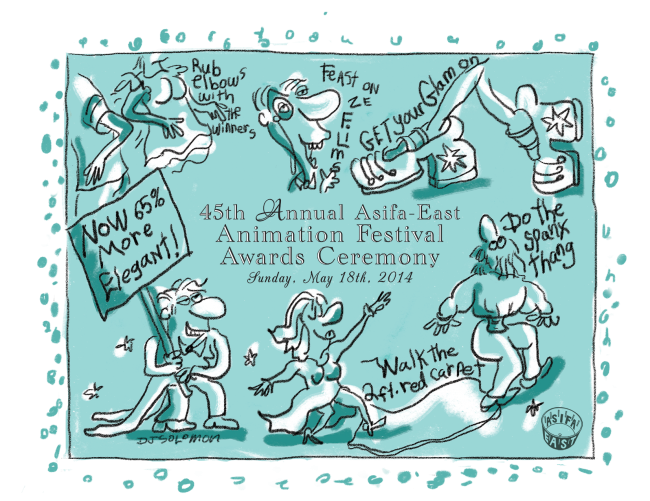 You are cordially invited to

Awards will be presented, bashful thank-you’s recorded, winning films screened, and a lively reception will follow.

The Awards Ceremony and Reception afterwards are free and open to the public. We would appreciate the donation of $5 from non-members to help us continue to serve the animation community in the New York area and beyond.

Please note: Our Awards Ceremony will be held in the NEW Tishman Auditorium at 63 Fifth Avenue, at the Northeast corner of 13th Street and 5th Avenue. Our Reception will be held at Wollman Hall directly after the Awards Ceremony. Wollman Hall is located on the 5th floor at 65 West 11th Street between 5th Avenue and 6th Avenue. Refreshments and drinks will be served.  You must be 21 to drink.  Please bring ID. Our After-Party will be held at Fiddlesticks Pub, located at 56 Greenwich Avenue. The back room with the pool table is reserved for ASIFA-East.

ASIFA-East warmly thanks Cartoon Brew and batteryPOP for their sponsorship of our awards night!