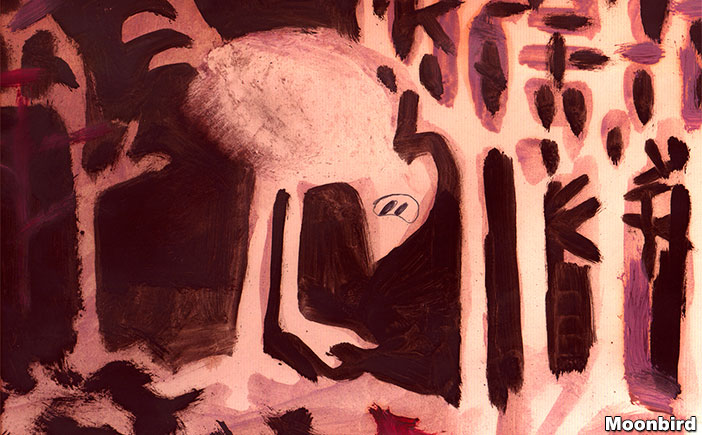 An up-and-coming art director at Disney, where he worked on Snow White, Bambi, and Fantasia, John Hubley (1914-1977) left the studio following a bitter animator’s strike. In its wake, he and other ex- Disneyites formed United Productions of America (UPA), revolutionizing the medium with a new, freer visual language. Our two centennial tributes to Hubley include new restorations of his UPA cartoons and his innovative collaborations with wife Faith, produced over three decades at their own Hubley Studio. “They were pioneers as much as Miles Davis and Charlie Parker were in music.” – John Sayles.

Program includes Ragtime Bear (1949), the very first Mr. Magoo cartoon; Oscar nominee Of Men and Demons (1968), the Hubleys’ first collaboration with Quincy Jones; Urbanissimo (1967), with the music of Benny Carter; Academy Award-winning Moonbird (1959), with the candid voices of the Hubleys’ kids; and much more.

Adventures of an *, Tender Game, The Hat, Urbanissimo, and Eggs preserved by The Museum of Modern Art with support from the Celeste Bartos Film Preservation Fund.