In Memory of Iris Beckerman…. by Bill Lorenzo 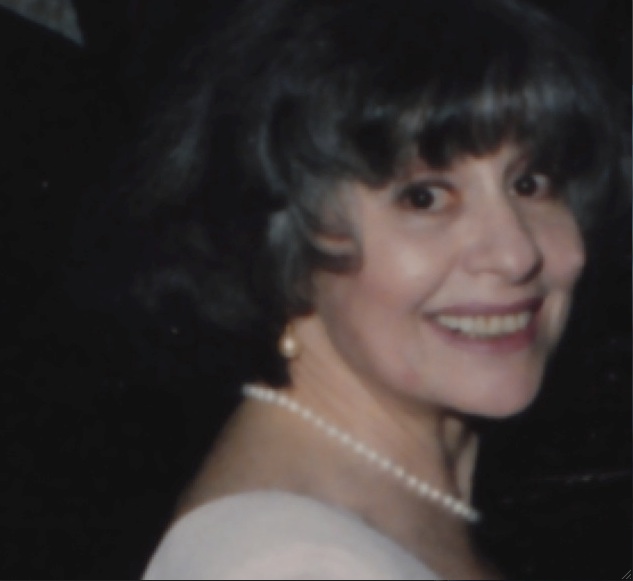 ASIFA-EAST is sad to report the passing of long-time Executive Board Member Iris Beckerman, beloved wife of Howard Beckerman, on April 8, 2012.

Iris was an active and ever-present Board Member from the 1970s to the 1990s. Howard and Iris. Iris and Howard. But then, they had it easy – – Beckerman Animation was in the same building as Dick Rauh’s Optical House, where we held Board Meetings. The old Famous Studios location at 25 West 45th Street. Would Popeye get off the elevator or Little Audrey skate by the door? Well, no, I never saw them. But up at Beckerman Animation you would always find Iris and Howard. Howard and Iris. But then, they had it easy…they had each other.

Iris and Howard met in high school, The School of Industrial Arts, he from Brooklyn, Iris from the Bronx. Howard says: “She was smart, funny, clever, and talented.” After school she became a Fashion Illustrator in the garment industry.

Part of the same social group of friends, they continued to see each other casually, but when they met up taking art classes together, the couple began dating.

However, Iris wasn’t originally involved with animation, she was an artist and a dancer who took dance classes regularly. But in 1951 Iris went to the Paris Theater to see UPA’s highly influential GERALD McBOING BOING. She was surprised to see the predominantly adult audience applaud the cartoon short. “When I knew she saw McBoing Boing I knew I had to marry her!” Howard recalled.

They started a business in 1970, HOWARD BECKERMAN ANIMATION, Inc., and for over 20 years produced animation for commercials, industrials, Sesame Street, etc. Iris did Ink & Paint in an era when small studio cel production was a fine art and cels a thing of beauty.

Prior to 1980, just before I started my run on the ASIFA Newsletter, I got the opportunity to work on a FELIX the Cat project a friend was involved in. I had already spent an evening with Felix’s Joe Oriolo at his home, discussing the project and seeing the pencil animation. Then we were to meet at ‘Beckerman Animation’ that week. It was the first time I was at their studio. Howard explained what I needed to know about rendering the animation backgrounds, and while discussing animation backgrounds in general he showed me a batch of Terrytoon background paintings. Oriolo, Beckerman, Terry Backgrounds…not a bad day! But what I remember most about that afternoon was the work that Iris was doing on the Felix cels. They were just wonderful. The scene had Felix walking in perspective and he gets very small. Oriolo’s pencil animation was very tight but Iris polished them off to perfection. I still wish I had one of those cels.

According to Howard, they developed a way of working that if he animated roughly, perhaps leaving out details like buttons or whatever, then Iris would ink them in and take care of the little details. When stuck for a way to end their prize-winning short BOOP BEEP (1984), Howard says it was Iris who came up with the ending. “She was very valuable.”

In the 1990s, Iris began to restore classic animation cels, working on pieces from almost every Disney animated feature.  Iris was diagnosed 14 years ago with Alzheimer’s Disease and is survived by three daughters and five grandchildren. Howard said, “We had a good, loving relationship. Wherever we were she turned a house into a home.”

A donation will be made by ASIFA-East to the Alzheimer’s Foundation in memory of Iris Beckerman.