If I could Tween Back Time

Posted by Tristian on Feb 9, 2016 in Uncategorized | One Comment

Today we are clearing the docket.  Step Inside: the BoxHead/Roundhead movie with Elliot Cowan [how to turn a story into a movie], Cartoon Monsoon at the Annoyance Theatre [where we recreate PeeWee’s aesthetic], and DarkMatter presents: Pom Poko [why racoons represent colonialization].

The Stressful Adventures of Boxhead & Roundhead – Screening and presentation from the director Elliot Cowan, SVA Amphitheatre

“After starring in a series of award winning shorts, Boxhead & Roundhead leap into their first feature film. Elliot Cowan’s entertaining debut feature tells the story of the duo: innocents in a world of monsters, bad weather, angry natives and cold coffee. After their home is destroyed, Boxhead and Roundhead head to the sprawling, filthy metropolis of Tipp City where they battle red tape, rent, rats and the rat race to get it back. Roundhead enters the art world and Boxhead enters the workforce. These two universes collide with explosive results!” 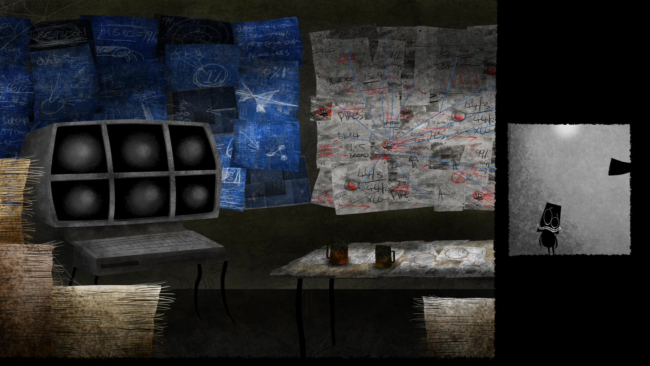 Cowan wanted to make a story book the exact opposite of Guess How Much I Love You by Sam McBratney.  Also inspired by a comic strip from Raw magazine, which always ended in the main character’s death.   Original BH/RH story book shopped around the UK, thousands of publishers, people either didn’t get it or loved it without paying for it.  Eventually Cowan returned from London and started ‘animating’ and making moving storybooks: The Infernal Machine, which got into Annecy.  Re: new feature script, Cowan was told no one in America will give him money for it. 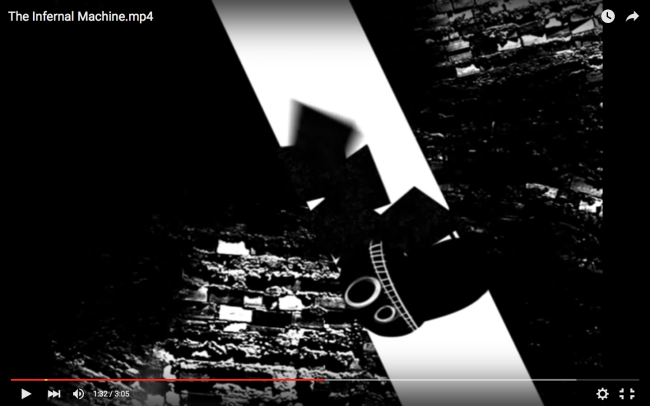 The production turned out to be a Romanian/Canadian hybrid, along with Queens, Philadelphia, and Brooklyn.  Cowan teaches storyboarding (Univ of Arts), but he only boarded the parts of the movie he did not personally animate.  He treats it like TV production, to be manageable.  Music by “The Gadflies” who he likes and met luckily.  Cowan improvises the composition of his shots, that is ‘his strength.’  Backgrounds are by Neil Ross, who worked for free in order to have creative control (notoriously grumpy, allegedly).  All work done in Photoshop, with only one scene with scanned textures.

One annoying producer with dumb notes [allegedly].  Produced one good note: “make sure everything happens for a reason,” which Cowan accepted and rewrote some script.  Usually Cowan is on top of this and promotes it in his classes.  “I always know when I’m stealing from Chuck Jones, when I’m drawing in profile.” – Cowan.  budgets, [comment stricken from the record].  7 minutes were cut from Romanian version and the ending was entirely re-animated for American version.  2 year (2 summer) production.

“I don’t know if I made an amazing beer [film] but I think I made a diverting one.” – Cowan

“Cartoon Monsoon is a live show about sweet ‘n’ dumb best pals Mary Houlihan and Joe Rumrill who live in a kooky clubhouse with their friends Music Man Steve DeSiena and a puppet named Puppet. Watch them go on a new adventure every month! In lieu of commercials, we’ll show cartoons and have our favorite comedians do silly bits and characters.”   Annoyance Theatre

Funkeyframe: collaboration/anijam of 20 Portland animators creating an epic dance battle to music by The Floozies.  Also, Horse Court by Matt Laud and Throwing Shade! by Tristian Goik (two fans in the audience!). 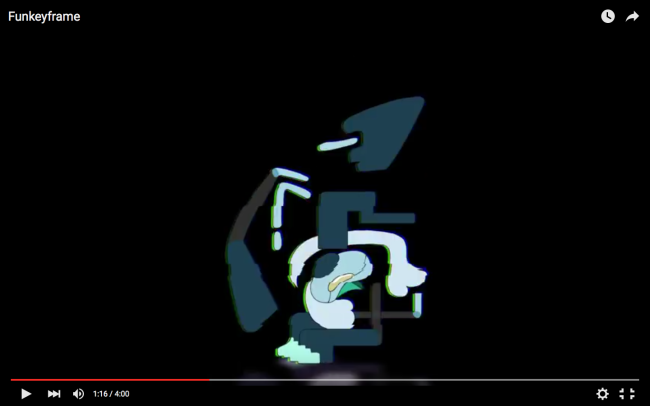 Joe & Mary have German fans who like to watch them clean on webcam.  In today’s episode, they are looking for a vintage Woody Woodpecker doll to sell and get rich, but will they carry it out?  They refer to the space as their attic, but we are in a basement theatre.  They play a game: “This ended up being quite Jumanjish.”  Mary is a punk-ass blonde girl but syrupy sweet.  Everyone likes making puns out of actors’ names.  Mr. Puppet is secretly Mary & Joe’s dad: dramatic irony.  Guest stand-up comic delivers pro-Drug PSA with interesting racial stereotypes about Asians.   Anti-Upright-Citizens-Brigades jokes get a big laugh.  There is a brilliant one-man show routine about child abuse that takes on an entirely different meaning when it is revealed to actually be a two-man-show.  Joe is very upbeat and genuine. 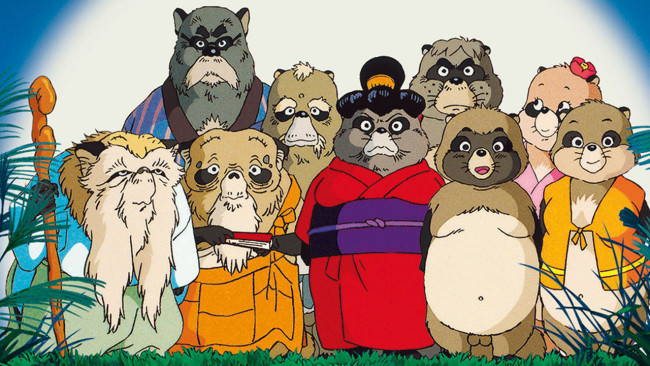 “In this powerful and provocative anime from the legendary Studio Ghibli, a race of magical, shape-shifting dogs who resemble raccoons band together to fight back when capitalist developers threaten to build over their home. The film is a favorite of DarkMatter, (Alok Vaid-Menon & Janani Balasubramanian) the South-Asian trans performance art duo dedicated to challenging the standard cultural conversations surrounding trans and non-binary people of color in both straight and LGBT communities.  [“Known for their quirky aesthetic and political panache.”]  They write, “Raccoons are associated with trash, nighttime, danger, and disease…In this film they are powerful, creative, imaginative, and community driven — all while under incredible economic and environmental duress from human civilization…” You won’t want to miss this post-screening discussion.” 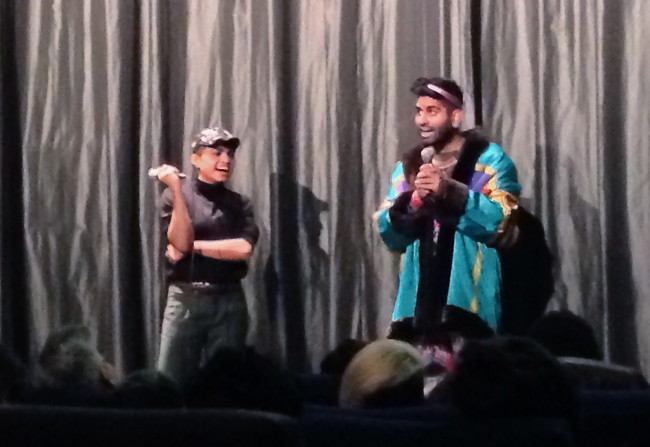 Journalism vs magical fairy tales.  Journalism claims to tell something that is new.  Oral traditional story-telling carries new meaning every time it’s told.  The duo almost chose Maleficent for this screening: a repetition of a story, an Italian folk tale, Sun, Moon and Talia, (Giambattista Basile, 1634) a story of sexual violence.  Pom Poko has a combination of sadness and happiness at the end of the film.  Now there is a fetish of hope.  What’s inspiring is the sense of victory in the despair; there is room to flirt and fuck and be happy. The raccoons reflect what happens with humans and colonialization.  1994 Japanese submission for Oscar Foreign Film.

The duo tries to model their performance on becoming cartoons. “Tardigrades are the only species ever observed to survive outside Earth’s sheltering atmosphere.” [extremetech.com]  Why are we so inspired with our own humanity?  What’s the point of pursuing humanness?  ‘Two brown girls are tired of the pervasive boringness of a galaxy far far away.’  Dark matter only effects those by influencing the gravity around you.  It’s jaded.  Babies are the best performance artists.  The art of the temper tantrum is lost.  The duo spent time in Gaza.  Let’s talk about micro-flora: they provide a sense of internal trauma. “Him” of Powerpuff Girls is a symbol of trans-misogyny.  Everything Bob Ross did made it feel possible to do anything.  Paradox: how do we use the tools of technology (of the state) against the state?  Capitalism and animation are not a necessary binary system.  We struggle with people calling us ‘so idealistic’ when what they really mean is we are ‘so boring.’