Free Spirit is a stop-motion animated short film, directed by Katrina Villarreal. Thematically, the short tackles some very dark and cerebral emotions, such as depression, isolation, disconnection, and suicide.

Using plastic dolls, Free Spirit shows a young woman driven to suicide after a traumatic experience in which she catches her lover cheating on her. The POV of the short takes place between two settings: first, there is a clinical setting in which the young woman’s body is being dissected by a pair of human hands; the second is the young woman’s “life”, showing the effects of her depression and emotional pain.

The “life” scenes become more surrealistic as the young woman’s depression worsens. She begins to imagine herself giving birth to a baby that switches between being bright and alive, to appearing bloodied and distorted. Katrina elaborates:

“…the scenes based in real life, become more and more surreal as the film progresses. This is because I wanted to show her isolation from the real world as her depression worsens. The path that leads to suicide is often extremeley lonely. It’s not that there are no other people around or that you are physically alone, it’s more about a disconnection you feel from yourself and the world around you that leads to this feeling of loneliness.” 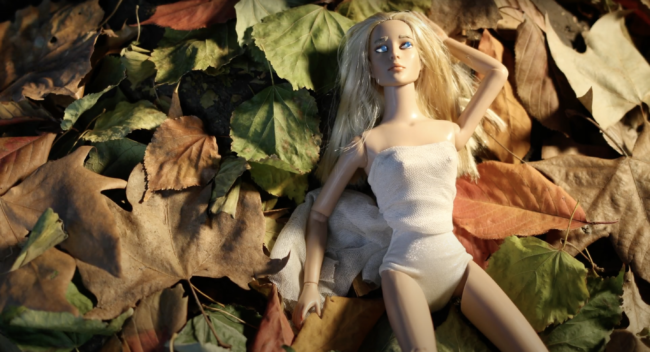 Visually, the best word to describe the short is “raw.” Visually, everything is hand-made, not just the plastic figures depicting the character, but also the surrounding elements such as liquid. Thematically, the short doesn’t hold back on the emotional and physical extremities of the human experience. When asked about her influences, Katrina comments “…I tend to lean towards films that show the human experience in the rawest way possible. I often show transformations.”

Katrina is currently studying Film and Television at NYU Tisch School of the Arts. Katrina continues to create not only stop-motion animation, but also video and photography projects under the production moniker of Ralfy Studios.  She is currently creating her new short film, Flaming Moth, and will be posting the process behind every step of the creation on her new website which will be available on her Instagram account soon (please see below).

And while the film can be considered dark, Free Spirit exemplifies the kind of subject matter Katrina explores in her work.

“I know the film is dark but I found it an important subject to bring up. These thoughts that lead to depression and suicide are generally left untouched. But so many of us suffer silently, too afraid to face what is wrong or to admit we need help. I hope to remind others of the fragility and beauty of life and the choice one has to see whatever path they desire.” 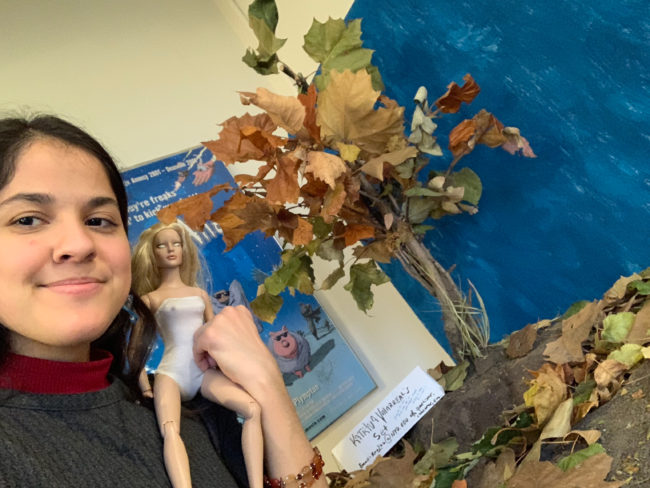 Want your work to be featured on the Viewseum? ASIFA-East is always interested in what it’s members are working on. Please make sure you are up to date on your ASIFA membership, and you can submit your work here.