Posted by Tristian on Dec 31, 2016 in Call for entries, Uncategorized | No Comments 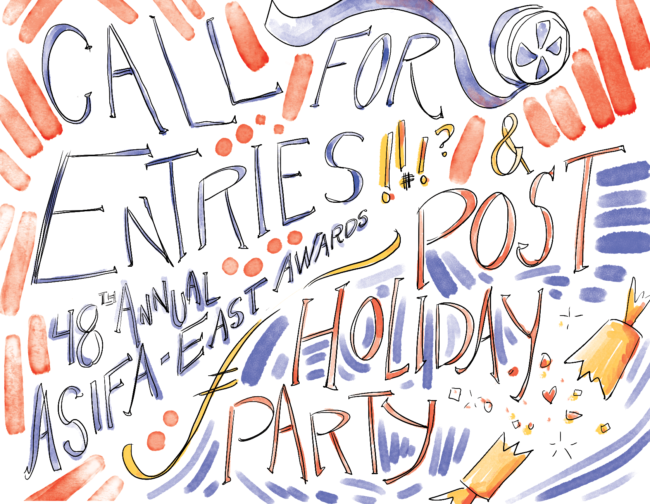 Starting Jan 3rd, visit our festival website and submit your film in a two-part submission form.

PART ONE outlines your entry information and a link to your (private) film. PART TWO submits your payment options. Entries missing payment will be disqualified. Each film submission requires a completed entry form. One entry form per film. Deadline is February 15, 2017. Films produced before July 1, 2015 are not eligible.  PLEASE BE ADVISED: We are only accepting entries from North America.

The ASIFA East Animated Film Festival holds screenings for our judges (the ASIFA East members) and a screening of the winning films. We are not an online festival and will not post your film online.

Please provide a Dropbox shared folder link to the downloadable video or a private Vimeo link with “Download” enabled. Videos must use the H.264 codec and follow the compression guidelines at vimeo.com/help/compression. We have a 1GB file size cap per entry. Entries that do not follow these guidelines will be disqualified.

Entry payments will be made through NYFA on the PART TWO Festival Payment page. Provide film title and director in the “leave a note” field. 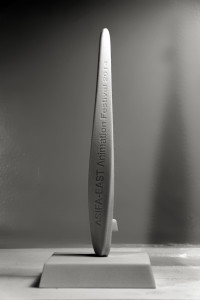 1. ELIGIBILITY: Film must have been produced after July 1, 2015, and must be received no later than February 15, 2017. accompanied by completed entry form and all entry fees. Film must not have been entered in previous ASIFA East festivals. Films must be received by deadline to be considered.

2. AWARD CATEGORIES: First, Second, and Third Prizes for overall excellence will normally be given within each of the entry classifications. All categories will be eligible for Best in Show designation, as well as being eligible for craft awards within the judging classifications. In some circumstances, including overall quantity and/or quality of submissions, “tie” awards and/or greater or fewer prizes may be issued. The decisions in all categories will be final. The final decision for all awards will be made by the Festival Committee, based on the results of judging by the membership of ASIFA EAST.

4. Work(s) submitted to, and selected for, the ASIFA East Animation Festival is/are intended for public exhibition by ASIFA at the ASIFA East Animation Festival, including its juried screenings and awards ceremony, and/or partner ASIFA National Groups strictly in the context of not-for-profit, ASIFA-curated events intended primarily for active ASIFA members and at which no admission shall be charged, income realized, consideration provided, or attribution provided beyond that which appears in the Work(s). Screening lists may be published. ASIFA East warrants that it shall not otherwise exhibit, sell, or distribute any submitted Work(s) without express written agreement with the rights-holder. By submitting Work(s) to the ASIFA East Animation festival you permit, and warrant that you are fully authorized to permit, such exhibition of the Work(s) as provided above.

* ASIFA East no longer accepts DVD submissions. If you are unable to send us a download link, email us for instructions.