Posted by Tristian on Apr 2, 2014 in Feature Articles | No Comments

March was the month of New York’s International Childrens’ Film Festival, and I have several things to say about the great screenings I attended.  Today I will be discussing “Patema Inverted,” which I saw Saturday March 22d, at the School of Visual Arts’ west side theatre. 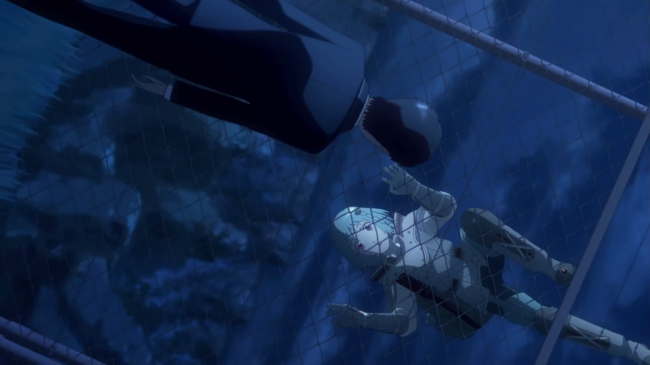 Patema Inverted (サカサマのパテマ Sakasama no Patema) is a Japanese anime directed by Yasuhiro Yoshiura.  In this fantasy, Patema (Fujii Yukiyo) is a young teenage girl who loves to explore the grungy yet fascinating underground industrial world that she lives in.  Patema immediately sets out to break the boundaries set by her father (the councilman/elder/king?) and ventures into the DANGER ZONE, a broken walkway leading into the middle of a vast tunnel that seems to infinitely stretch out into the darkness above her and below her.  In the prologue we are clued in to a mysterious scientific experiment that goes horribly wrong, and seems to reverse the gravity of a large swath of an ordinary city.  The faux-found footage (which always looks weird in anime) shows apartments slowly crumbling and rising into the sky, caught on VHS.

Patema Inverted continues the thread of disaster-genre that I’ve see in other anime films like Evangelion, and barely touches on environmentalism that is heavily found in Studio Ghibli films.  It instead focuses on an idea that is both unique in it’s creativity, yet probably has a rich history reaching back through past books and films: can there be love between two people with opposite centers of gravity?  Patema’s venture into the Danger Zone inevitably leads her to discover a world literally opposite to her, reflected over the x-axis.  She falls out of her romantic existence in an underground city and into the arms of Age (Nobuhiko Okamoto).  Age is a teenage boy, who attends a private school in a fascist constructivist world.  The key difference to Patema however is the existence of a “sky,” which from her perspective, she is constantly in danger of falling into. 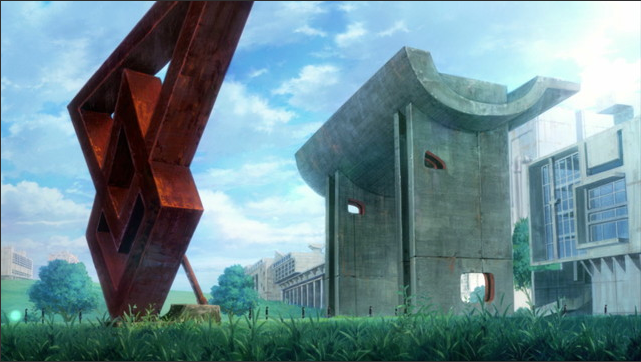 In Age’s world, everyones lives are so tightly controlled by a dictator, that they don’t even walk to school, but stand emotionless on moving platforms.  They are taught that once long ago Judgement came and all of the sinners, called The Inverted, fell into the sky.  (An interesting backstory of mind-washing, but one that illogically suggests that more time has passed since the scientific accident than could be possible.)  As Patema clings to a barbed wire fence for dear life, Age rescues her and hides her in an abandoned shack.  Eventually the fascist stormtroopers appear over the hill and…well you can probably guess the ensuing action from there.

One of the most charming parts of the film is the passionate and innocent love that blooms between Patema and Age, in a romantic Romeo & Juliet style.  The two discover that by holding on to each other, they can achieve a sort of anti gravity that assists them in both worlds.  Starting with grabbing hands, then arms, the two learn to work together and eventually cling together, their heads pressed against the other’s bodies in a pose that is just shy of scandalous.  This is a physical reality that is emphasized by the violent contrast of the dictator, who flies into tiny-pupil rages.  In the darkest hour of the 2nd act, he seethes and seems to get off on being able to control a helpless girl as she clings to his arm, totally dependent on his power and benevolence. 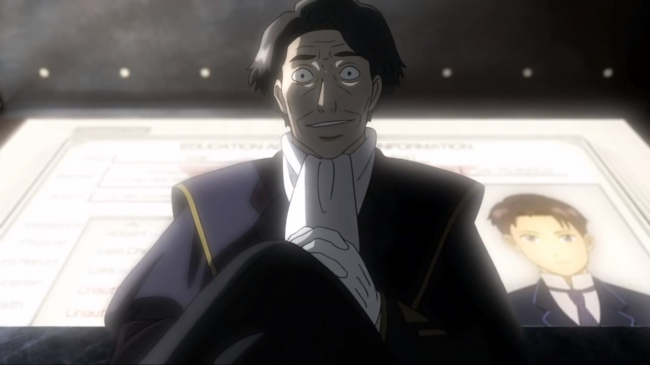 Age rescues the princess, but their flight and fight leads to more mysteries in their world.  Even after plotting out the landscape I can’t say for sure what happened during that scientific accident, and what the survivors will do next, but [SPOILER] I will say it is similar to the infinite-turtles theory.  I suppose that the director Yoshiura was most interested in using the device of two-opposite-worlds as a staging ground to develop the theme of… ‘unlimited hope for humanity’s will to live and love.’  Haha.  [SPOILER!]  Both Age and Patema have lost their fathers to tragic expeditions that sought to answer the mystery of their worlds.  We discover that the two fathers met, and formed a relationship that probably would seem gay in the U.S. but appears unique to Japan as intense brotherly love.  (I’m just saying that in the movie, nobody talks about the moms).  I’m not trying to make something out of the dads working together on science projects, but there is a strange scene where Patema realizes that bond she shares with Age, and their mutual willingness to bridge worlds and better everyone’s lives, is the same dream that their father’s shared.  Right after that she decides to make out with Age, so who knows what their dads did in their free time (none of my business really 😛 ).  No doubt the English dub will write out a simpler story.

Patema Inverted was released in Japan on Nov. 9th, 2013.  The first 20 minutes or so was actually streamed online in 2012 as a 4 episode “ONA” series called “Patema Inverted: Beginning of the Day“.  ONA stands for original net animation, the next step from OVA an original video animation, just as straight-to-video turned into straight-to-DVD.  This is the first time I’ve heard the term “ONA” and it seems to originate in Japan, whose culture probably has been using streaming video websites for longer than most countries.  France’s Annecy Animation Festival screened the film, but for some reason left it out of competition.  Not so in Edinburgh, where it won the Audience Award and the Judges Award at the 2013 Scotland Loves Anime festival (that sounds like a fun vacation!).  Unfortunately Patema didn’t win at NYICFF either but I’m cheering for it.  Patema Inverted can be found on DVD and BluRay, and GKIDS may have more screenings this year. 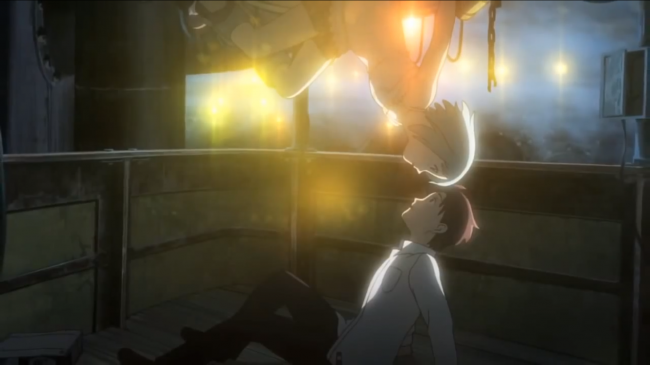 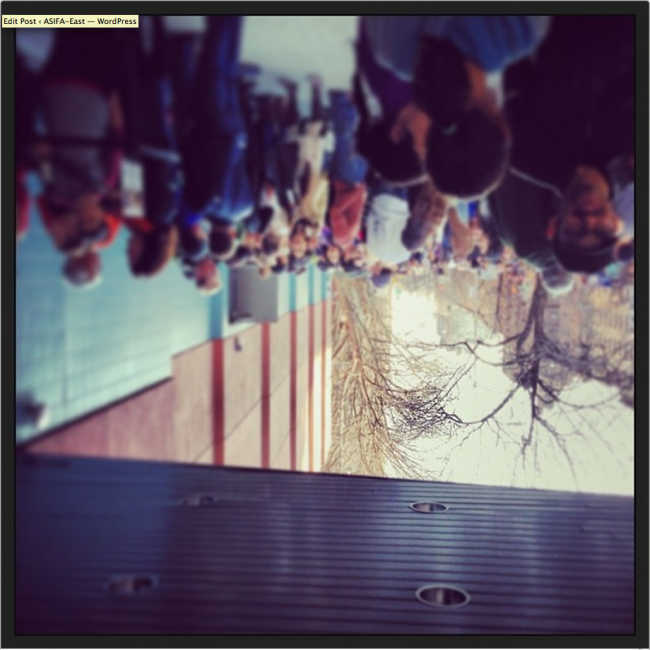