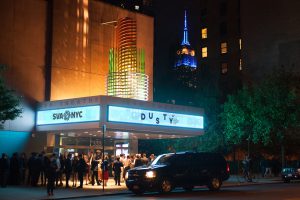 Shannon Prynoski
(BFA 1994 Film & Video)
Producer and Founder of Titmouse
The Venture Bros., Nico and the Sword of Light, Nerdland

Since 1990, the School of Visual Arts’ Dusty Film & Animation Festival has become one of the country’s foremost events to discover exceptional new talent in film and animation. The Dusty Film & Animation Festival gives BFA Film and BFA Animation thesis students the unique opportunity to exhibit their work to industry professionals, family and friends. The festival culminates in our eminent Dusty Awards, attended by luminaries and distinguished guests from the film and animation industries.