Easy As Pie – When Animators Film Themselves

Posted by Tristian on Nov 29, 2012 in Freelance Corner | No Comments

A couple Saturdays ago, on Mo-vember 10th (mustache month) I saw the “Rise of the Guardians” at the Museum of Moving Image with some friends. Two of them, Stephen Brooks and Rob Yulfo, are animators who make a video movie-review series. After it ended and we ‘returned’ our 3d glasses, we wandered upstairs to see an exhibit of production art and documentary. I saw some blue sticker dots on some artwork, which makes me think that they were sold, but I could be wrong. I certainly would have bought some prints, because the story art makes for great posters. Not movie posters, but sprawling vistas or actions that would look great on your wall.  Later our group went to get some beers, because you had to be a member of MoMI to get free wine haha.  I recommend Sunswick 35/35 for craft beers, food and couches.

Rob Yulfo and Stephen Brooks baking an apple pie and discussing the character-art of “Rise of the Guardians.”

I’m currently in the process of watching all of Rob & Stephen’s videos, so I’m just gonna concentrate on the ROTG episode. (There are videos for b&w film fans and stop mo animators…) I like the way these guys edit in their image references, so that when they talk about their comparisons and metaphors, it plays out in real time on the screen in front of you. It might not be that different from hyper-linking, but it’s effective. Rob also brings a surreal form of acting to the show, which wears off on Stephen, and you begin to suspect that maybe Stephen was weird to begin with and Rob is just rubbing more weird on. I swear I can see Dogma 95 in their attempts to make a pie, spinning around each other just to get from shelf to shelf. The review is not overloaded with pre-cut movie trailers ripped from Youtube, but is woven in with a story.

Overall, the two guys seem to really enjoy the film.  Their opinions are not just spontaneous and emotional, but cross referenced with other movies they have talked about, like “Wreck It Ralph.”  Stephen says in the video, that from a critical standpoint he’s going to have to prefer “Wreck It Ralph” since their story wrapped up neatly but “from an enjoyment factor- [he] enjoyed every bit of Rise of the Guardians, every bit of it, and [he] did not enjoy every bit of Wreck it Ralph.”  We do not too often think about how other animated movies (that are released close together) colour our opinions, but these guys call them out.  Rob and Steve’s video reviews build on top of each other as they chat back and forth about the films they’ve seen.  This is the low-brow, DIY attitude we need in animation discussions today. 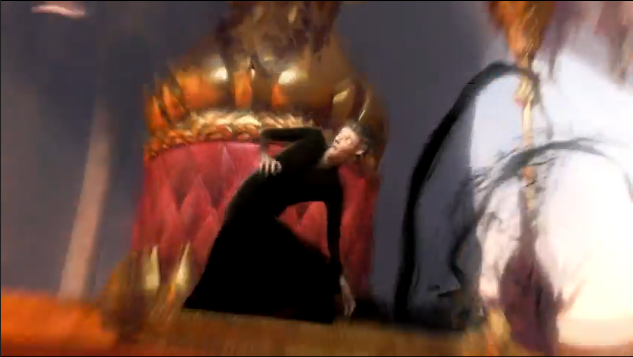 The video series was born out of live-viewing parties of movies with Rob’s big mouth for Stephen’s website, and is currently evolving.  They are currently accepting funny joke titles for the series.  Rob and Stephen both made short comedy videos growing up, and they feel it was natural to combine Rob’s goofyness and Stephen’s technical criticism with a themed skit.  Considering how I once swore off writing in a blog (post-Livejournal era) I asked Stephen why he preferred to film himself.  He says:

“It takes longer than just talking or writing about it, but I think it’s more entertaining for everyone (OK… mostly us). Also, we don’t like every movie we see and even if we like it there are things we don’t like IN it so it feels only right that we suffer a little to make the review… to honor the fallen social lives of the animators who worked on this movie we’re trashing. And the other thing is, I’m an animator… Rob and I are both animators — we don’t do anything easy.”

“Rise of the Guardians” is based off a novel by William Joyce. Mr. Joyce’s story is similar to Brian Selznick and the movie “Hugo” in the sense that his books were inherently cinematic and Hollywood was eager to adapt.  In fact, I urge you to click thru the link to Joyce’s wiki, and see what animations he has worked on.    Film production is also similar to Bryan O’Malley and “Scott Pilgrim” because both authors were encouraged to write and connect several books and the movie together at the same time.  Dreamworks did a really beautiful job in illustrating the world of Jack Frost and his friends. I know several animators already who fell in love with the movies book of production art, and Stephen even got his signed by the author at the museum. 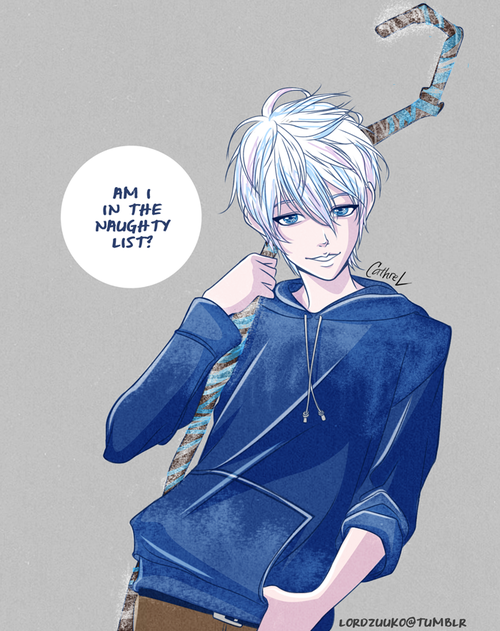 Jack Frost Fan Art, by CathreL… lot’s of fan art out there in google-images actually

Jack Frost is a very undervalued myth, one that is integral to American society. He pulls at your emo-heart strings and it fills you with inspiration and creativity. The more developed concepts of Santa and the Easter bunny are given fresh perspective. As for the Sandman, I’m still not convinced he doesn’t disappear into “A Game of You” during the second act… Rise of the Guardians is in theatres now!