This Friday, November 9th, New Yorkers are in for a real treat!  Director and Producer Kevin Schreck will be in town for a special Q & A after the East Coast Premiere of  “Persistence of Vision”,  a feature-length documentary about the greatest animated film never made, and an official selection of this year’s DOC NYC, New York’s leading documentary film festival.

Director/producer Kevin Schreck will be in attendance for a Q&A after the screening.

Visionary animator Richard Williams (“Who Framed Roger Rabbit”) spent nearly three decades toiling away on his masterpiece — best known today as “The Thief and the Cobbler” — only to have it torn from his hands and savagely recut. Filmmaker Kevin Schreck has woven together mind-blowing animation, rare archival footage, and exclusive interviews with key animators and artists who worked with Williams on his ill-fated magnum opus to bring this legendary story to the screen. A tale of art, obsession, and dreams, “Persistence of Vision” is the untold story of the greatest animated film never made. 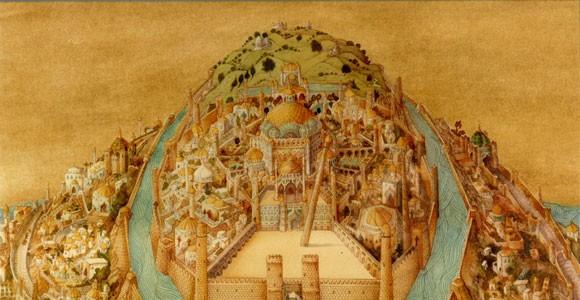 “Outstanding… a mindblower… ‘Persistence of Vision’ is one you shouldn’t miss.”
-Adrian Mack, The Georgia Straight