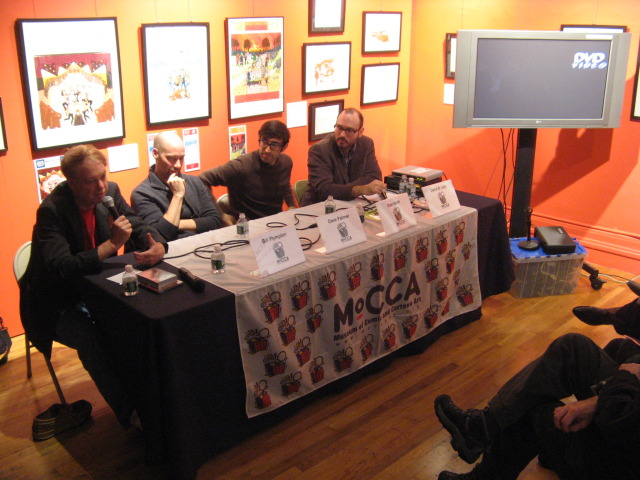 Article by David B. Levy.

Despite the lingering drizzle outside, or maybe because of it, on the evening of November 4th, a full house of interested parties converged to hear a panel discussion on the topic of directing animation, held at the wonderful Museum of Comic and Cartoon Art (MoCCA). This was my first event to celebrate the release of my new book, “Directing Animation” (Allworth Press), and I was pleased to share the table with a wonderful panel: Dan Meth (web animation director), Dave Palmer (TV animation director), and Bill Plympton (indie animation director).

Here’s some sound bites from the evening:

1- What is the most important stage of production for a director?
Both Dave Palmer and Dan Meth answered, the voice record, because that’s where it all starts. As a director of self-penned comedic shorts, Meth added, “I leave room in the writing for actors to ad-lib because they might come up with a funnier line that what I’ve put on the page.”

Palmer also spoke about the important stage of shaping and reshaping the animatic so that the timing is completely right before a TV episode goes into animation production.

Similarly, for Bill Plympton, the storyboard is THE most important stage because it contains the whole film before he makes it. He doesn’t move ahead with a short until the storyboard is completely resolved. Bill further explained that when he sees another filmmaker’s indecisive and unclear storyboard he knows the film won’t work. Furthermore, Bill enlists other animation directors he respects (such as Signe Baumane and Pat Smith) to look at his storyboards and provide a critique. He likes getting objective and honest feedback at this stage because this is where it’s most crucial. 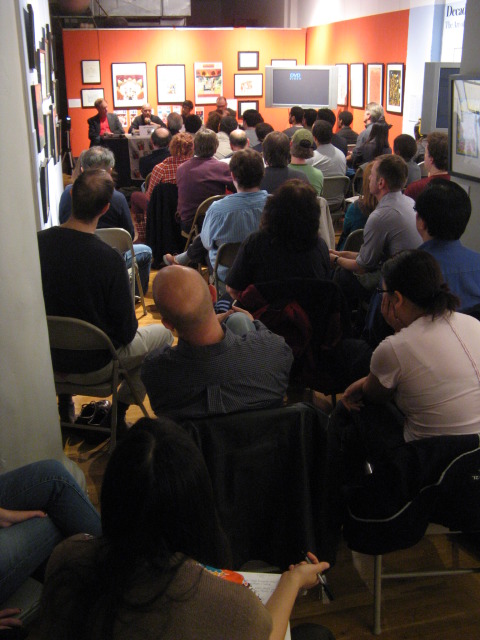 2- How did you get your first chance to direct?
Dave Palmer told us that his professor was working on a pilot for what became Nick Jr.’s “Blue’s Clues,” and gave Dave the opportunity to animate on it and create the final designs for Blue, the star character. When the pilot completed, Dave stayed in touch with its creators and was offered a job when the show was picked up for series. But, he didn’t start at as a director on the show. “At first, there was no director. The creators just walked around from animator to animator and gave notes,” he explained. But, when the need for a director became clear, Dave’s good relationship with the creators as well as the quality of his work (not to mention the fact that he’d designed the main character), made him their go to choice.

Bill Plympton’s first opportunity to direct came when he accepted the challenge of working for three months for free to create an animation to a song which had aired on NPR. Making the film became his “animation school,” with veteran animation artist Connie D’ Antuono advising on the entire process.

Dan Meth started out by creating a single web cartoon that he posted on line––saying that, back then, it took him a week to make the film and a week to figure out how to post it on his web page. The film caught the attention of a studio that hired Meth to be their animation guy, thus launching him as a director.

3-How did you learn your chops (storytelling, timing, pacing, sense of humor), that you utilize as a director?
Dan Meth answered that he drew a weekly gag cartoon for his college newspaper, something he took very seriously. “I cared whether people laughed at them or not, and I tried to figure out what made something funny,” Dan revealed. He sees the web as a great big college newspaper where he can use the amount of hits an animation receives as a virtual applause meter to see how well he hit his target. 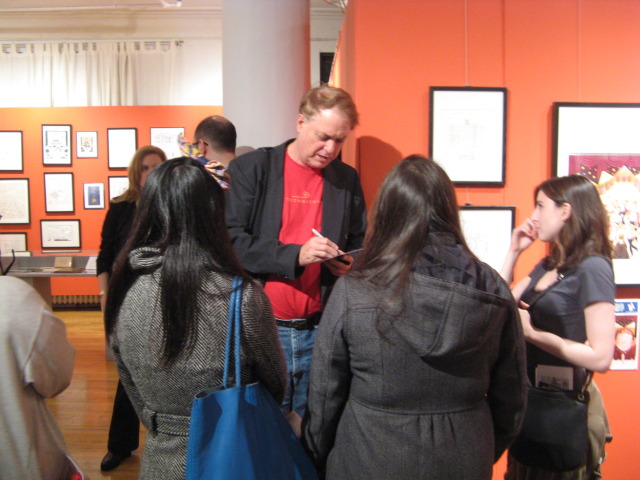 Bill Plympton advocates seeing a lot of movies, even bad ones…because bad films can teach you a lot too. Of course, like Dan Meth, Bill developed his art/humor/point of view by first working in print as a cartoonist and illustrator. Both Dan and Bill describe that stage of their creative life as key to their development as filmmakers.

Bill’s advice to see a lot of movies triggered my point that its important to not just watch other animation. In short, if you only study the works of Chuck Jones you are studying what Chuck Jones absorbed without absorbing anything yourself. Chuck experienced vaudeville, silent movies, and classic novels as part of his development. In 2010, if you start with Chuck as your source, that’s akin to making a xerox of a xerox of a xerox. It loses something in the translation. Animators, and animation directors, need to be making first hand observations, not boiling down animation into posing or timing cliches or styles worked out by others before us. I mentioned that I had just seen Polanski’s first film, “Knife in the Water” (1962), which is a three character feature film with almost all the action taking place on a small boat. Its one of the best films I’ve ever seen and an important character film that animators would be wise to study.

Odds and Ends:
Bill asked me how much I thought schmoozing had to do with a successful directing career, in terms of how it can generate work opportunities. I answered that when I was making a short film five years ago, I would ring up then-Cartoon Pizza president Jack Spillum, and visit him to show my works-in-progress. Jack was very welcoming and dug the fact that I was making a short. We got to know each other through those meetings and when a directing gig opened up a year later I was offered a chance to interview for it. I got the job and it does serve to back up Bill’s assumption that relationship building has a lot to do with a director’s success story. I’d say it’s important for success in any area of a career in animation.

At one point I asked the panel what “directing animation” was to them. Dan Meth provided a very memorable answer, saying, “It means having a vision for a film, but being open to letting go of some of that control to let other ideas in.” I thought that was an intriguing answer being that we are so used to thinking of a director as being the one that controls the film. But, you could argue that since a director controls the film, any outside ideas that they allow in are also an example of that control.

All in all it was a stimulating evening. Big thanks to MoCCA (and our host Karl Erickson) Allworth Press, and my wonderful panel for making it all possible.

But, the fun doesn’t have to stop here. To continue the conversation, check out my new book, “Directing Animation”. 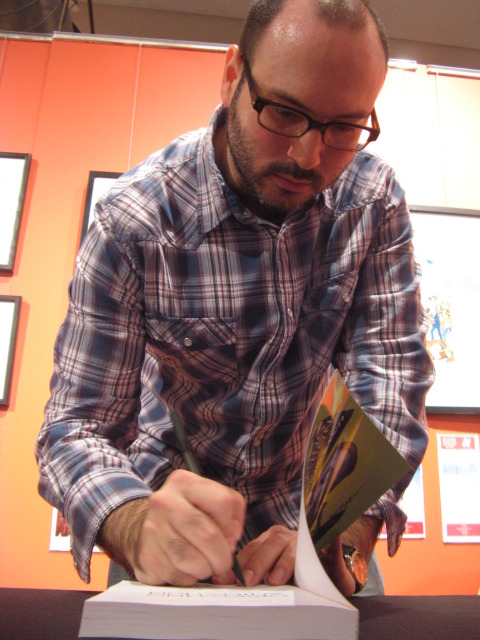 Yours truly, signing a book.