Canemaker on Fantasia at MoMA, August 1 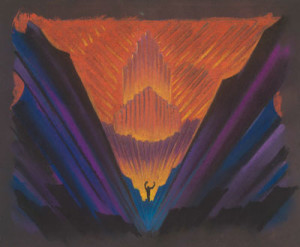 Our good friend, world-renowned animation historian and Oscar-winning animator John Canemaker, who has just completed a new book on Disney’s feature film Fantasia, will speak at Museum of Modern Art Saturday, August 1, in conjunction with a screening of the 1940 classic.

Fantasia —even 75 years after its premiere—continues to fascinate and dazzle audiences. It was a bold experiment from a cartoon studio that had learned better than any other how to win audiences with immediately appealing stories and the best personality animation in the business: so bold that at first audiences, who had flocked to Snow White and Pinocchio, did not flock. The highly conceptual marriage of orchestral music and animated visuals (which had been explored with modest success in animated shorts) had not before been attempted in a feature film: Fantasia was decidedly ahead of its time.  The film’s strongest segments masterfully evoke the concert-hall favorites (in splendid performances by Leopold Stokowski and the Philadelphia Orchestra) that inspired them. But Fantasia fascinates us also for its spectacular, even astonishing, visual effects, owing not only to the skill of the Disney animators but also to its unprecedented animation-camera wizardry. 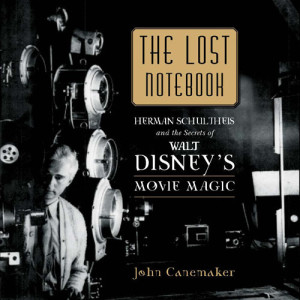 Now, thanks to newly discovered, detailed notes from Disney camera technician Herman Schultheisin, we have fresh insight into how Fantasia‘s special effects were accomplished. Canemaker will share some of these secrets and sign copies of the new book, The Lost Notebook: Herman Schultheis and the Secrets of Walt Disney’s Movie Magic (Weldon Owen, 2014).

The  event is August 1 with the book signing at 5:45 pm, the lecture at 6:30, and the film at 7:30. Screening tickets are released one week in advance starting at 9:30 a.m. at the main lobby information desk and online. (For screenings held in the Museum’s Theaters 1 and 2 , use the entrance, located at 11 West 53rd Street, east of the main entrance on 53rd Street. More information about the program and tickets may be found here.)