Warning: Well not a warning really. It is author’s opinion that viewers watch the clip before reading the description. It is not required, just a way to take in the effect of the film.

Boy is an animated short film that takes a very unusual approach. Steven Subotnick  manages to take what seems like so little, and succeeds at expanding it into something more. In this case, drawing letters on a single piece of paper, and finding ways to manipulate them in humorous and musical ways. 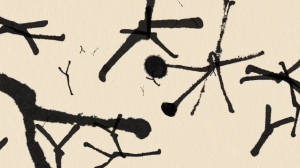 Everything is manipulated from just one piece of paper. All the animation in Boy was made from one page of random letters drawn with a bamboo pen and ink, and then manipulated in After Effects. According to Steven, “The restriction to work only with one piece of paper was the starting point of the project. The ideas in the film grew from working with the letterforms.” The soundtrack is worth noting too. With vocal effects by Joel Frenzer, the letters (b, o, y) are given life with quirky and humorous pronunciations, aided by incidental sound effects. 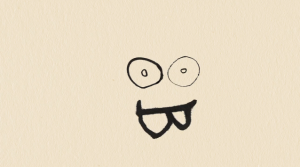 Steven Subotnick is an animator and artist living and working in Providence, RI. His animations have received international awards, and his work has been included in competitive and curated shows at festivals, museums, and galleries around the world. He is also a dedicated teacher, having taught animation at a number of institutions, including Rhode Island School of Design and Harvard University. In 2003, Steven wrote a book for Focal Press which focused on animation as a personal art practice.