ASIFA is grieved to report the death of veteran animator and former ASIFA vice-president, Bill Littlejohn, who died September 18. He was 96.Born in Newark, New Jersey, in 1914, Bill Littlejohn began his career as a cel washer at the Van Beuren Studio in the early 1930s. Later that decade, he moved to the West Coast where he studied aeronautical engineering and worked, briefly, for Lockheed aircraft company in Burbank, before returning to the animation industry. In a career spanning seven decades, Mr. Littlejohn would animate for many theatrical, TV, commercial, and independent studios on both coasts including MGM; Jay Ward; Bill Melendez Productions; and John, Faith, and Emily Hubley’s studios. Littlejohn also co-founded ASIFA-West (now ASIFA-Hollywood) and the International Tournée of Animation, served on the Academy’s Board of Governors, and was president of the Screen Cartoonists Guild (Local 852). 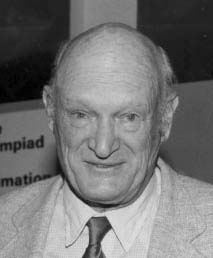