BAM Presents: An Evening with Matt Groening & Lynda Barry
Love, Hate & Comics – The Friendship That Would Not Die 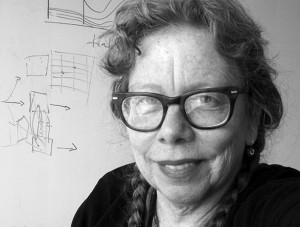 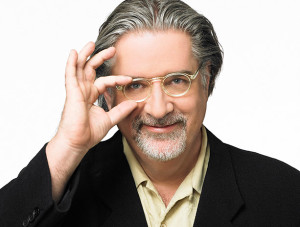 Legendary cartoonists and former college classmates Matt Groening and Lynda Barry talk about 40 years of love, hate, and comics and the perpetual joy of driving each other crazy.  February 12, 2015 @ 8:00 pm

ASIFA-East members receive 50% off tickets!  Thank you BAM!  Look for the discount code in your latest newsletter or contact us.

Matt Groening is the creator and executive producer of The Simpsons, now the longest-running scripted show in TV history, winner of multiple Emmy Awards and voted the “Best Show of the 20th Century” by Time magazine. He is also the creator of the Emmy Award-winning sci-fi series Futurama. In addition to his multiple Emmy Awards, Groening is the recipient of a Peabody Award; multiple Annie Awards; the Reuben Award for Outstanding Cartoonist of the Year, the highest honor presented by the National Cartoonist Society; and countless others. His weekly comic strip Life in Hell was syndicated to more than 250 weekly newspapers throughout the country and are collected in dozens of books and calendars. He received a star on the Hollywood Walk of Fame in February 2012 and designed five Simpsons US postage stamps. Groening’s publishing company, Bongo Entertainment, has published more than 400 comic books, trade paperback, and trade books in the past two decades and is now releasing ebooks and apps.

Lynda Barry is the creator of the seminal comic strip Ernie Pook’s Comeek, which was syndicated in alternative weeklies across North America for two decades, and the author of the books One Hundred Demons, The Greatest of Marlys, Cruddy: An Illustrated Novel, Naked Ladies Naked Ladies Naked Ladies, and The Good Times are Killing Me, which was adapted as an off-Broadway play and won the Washington State Governor’s Award. Her bestselling creative writing how-to graphic novel for Drawn & Quarterly, What It Is, won the Eisner Award for Best Reality Based Graphic Novel. Her latest book, Syllabus: Notes From an Accidental Professor (Drawn & Quarterly), which further details Barry’s writing method of focusing on the relationship between the hand, the brain, and spontaneous images, both written and visual, will be released in the fall of 2014. She is currently an associate professor in Interdisciplinary Creativity at the University of Wisconsin-Madison.