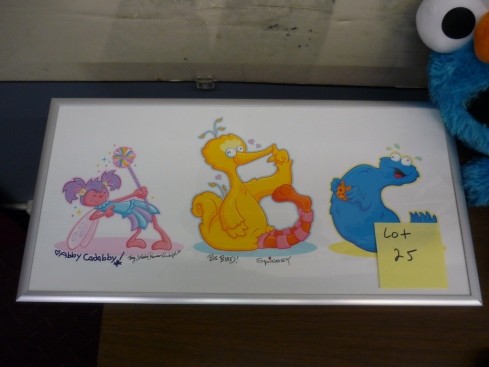 On Monday November 15, ASIFA-East held its biannual auction. This is only the second time I have attended one of these, but I can already see some common threads between the two. Aside from the impressive stuff being handed out, there is a strange feeling of really wanting to join in the overall act of bidding, regardless of how much money one has at that moment (it’s only cash or check). I myself wished to join in the bidding (and did) a few times.

This year’s host is ASIFA-East board member Justin Simonich, with assistance from ASIFA-East secretary Linda Beck.

The auction started off with details on four hardcover copies of Jerry Beck’s recent book 100 Greatest Looney Tunes (I have to admit I’m a sucker for these extensive lists). The bidding for each book began at $10, and since these books go for way more on Amazon, the majority clamored for a copy. I myself managed to snag one.. 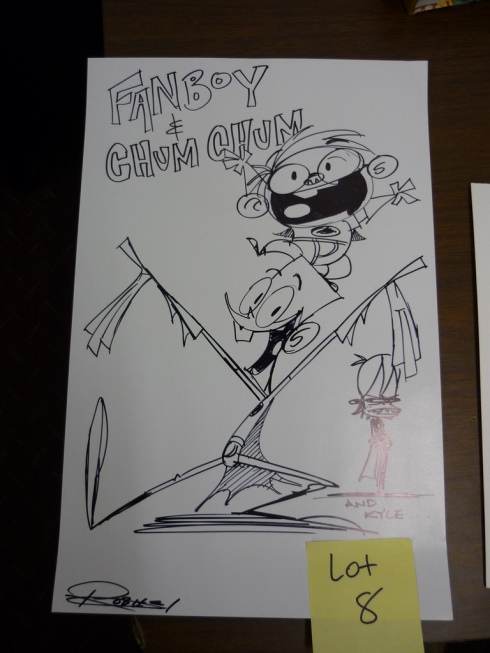 Like any other auction, each lot was presented with some unique information pertaining to its subject. For example, Lot 01 is an Adventure Time poster, signed by creator Pen Ward. According to the hosts, any autograph from Mr. Ward is hard to come by as he is quite elusive (to us simple NY folk that is).

The most popular lots included:

An original production still from John Canemaker’s Oscar-winning film The Moon and the Sun.

Mo Willems original art and a signed copy of one of his books. This tied with Canemaker’s image for the highest bid of the evening:$130. 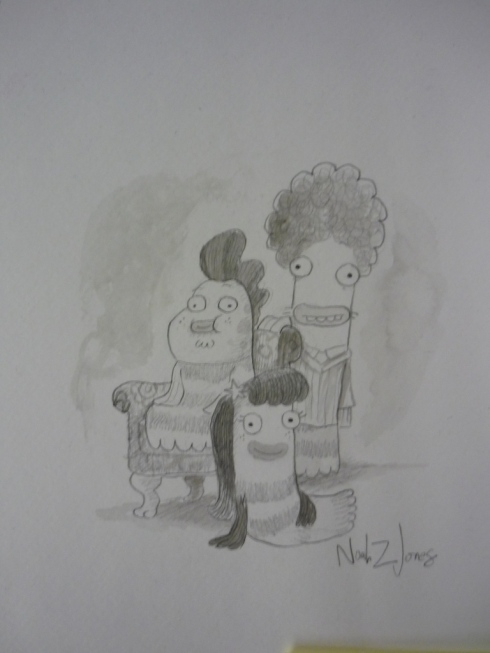 The biggest highlight of the night was a phone call to Linda Beck from the last host two years ago, Mr. Tom Warburton. Amazingly, he called right at the moment his donated lot was announced. Linda put Warburton on speaker and joined the hosts in auctioning off art from his children’s book 1000 Times No, along with a DVD copy of the adaptation. His reactions to each bid were hysterical (priceless I might add). The lot was relieved at $60, despite very minor protests from Mr. Warburton.

Interesting evening in the end. Although it was a small turnout, the majority went home with something, including the hosts themselves.

From the proud owner of a Looney Tunes handbook. 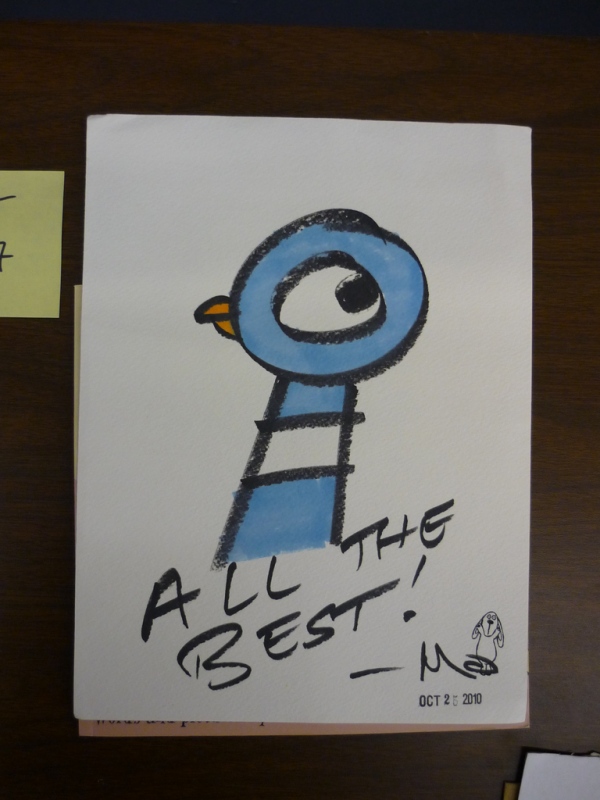