The big themes amongst the commissioned work category this year were kids films, educational films, and public works.  Most conspicuous on the list were the TED-Ed animations.  (same client, different animators) TED-Ed is part of TED-Talks, and the group matches animators and teachers together to great short lessons.  You have to be recommended to get the job, and I would be happy to recommend you (and I’d love to get a recommendation!)  Each of the 3 TED-Eds were very different in their style and content, and you can tell that each animator worked hard to make the material they were given work.  Sound-design is key, and can definitely make or break the film. 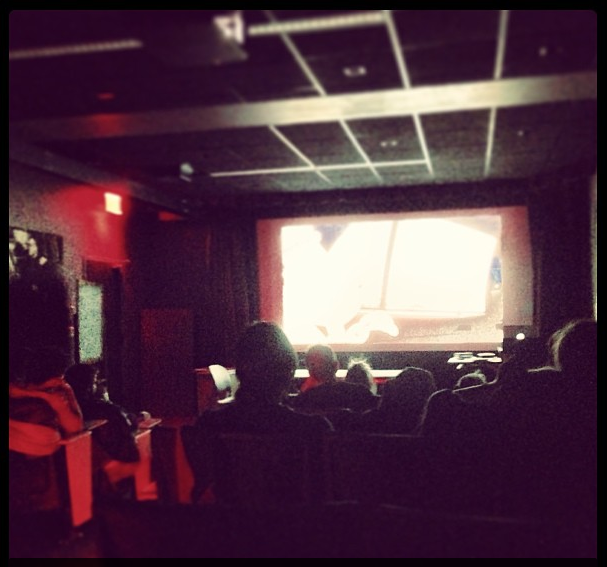 Regarding kids film, most animators valued entertainment over education.  One studio specialized in animating storybooks, while another specialized in LEGO-animation.

A few films were made to promote public spaces and institutions.  The differences in their storytelling lay in how much of a personal connection was made between the audience and client, which varied with the voice-characters used.

There were only two music videos.  While they both were digital-cutout puppet animations, they came from opposite ends of the spectrum in terms of intended-audience-age, humor, and what paper they were cutting out.

On a design level, many people opted for outline drawings on a dark/black background, sometimes using a chalkboard.  In these films, the line-color and composition was key in their success.  In other films, people tended to shy away from bright colors and almost always used a desaturated and limited color palette.

It is to be noted that the most unconventional forms of animation will always be talked about thoroughly.  😀

The experimental category was small and widely varied.  To summarize in a terribly general way, many people were concerned with layering, mixing, and editing several different types of media together, whether it was paintings, film, drawings, or photos.

Only one film contained what could pass as a narrative.

Interestingly enough, there were two scratch films, each created by an entire class of animation students (Pratt v. UArts, let’s say).  While it’s easy to slip into a trance and experience flashbacks during a scratch film, I saw that there were three ways that the animations differentiated themselves.  1) Editing: the transition from one student’s contribution to another is an opportunity for creativity, as is the pacing.  2) The transfer from film to screen shows technical skill.  And 3) MUSIC.  I know that it is super fun to just throw up some Radiohead on that animation and call it art, but even if you are a college student you really should put some effort into what techno you use.

Overall, I think it will be a pretty tight race between competitors.  When the winner is announced, we shall see if ASIFA-East values the medium over the story.