Posted by dayna on Oct 20, 2015 in ASIFA Events, Industry Events | No Comments 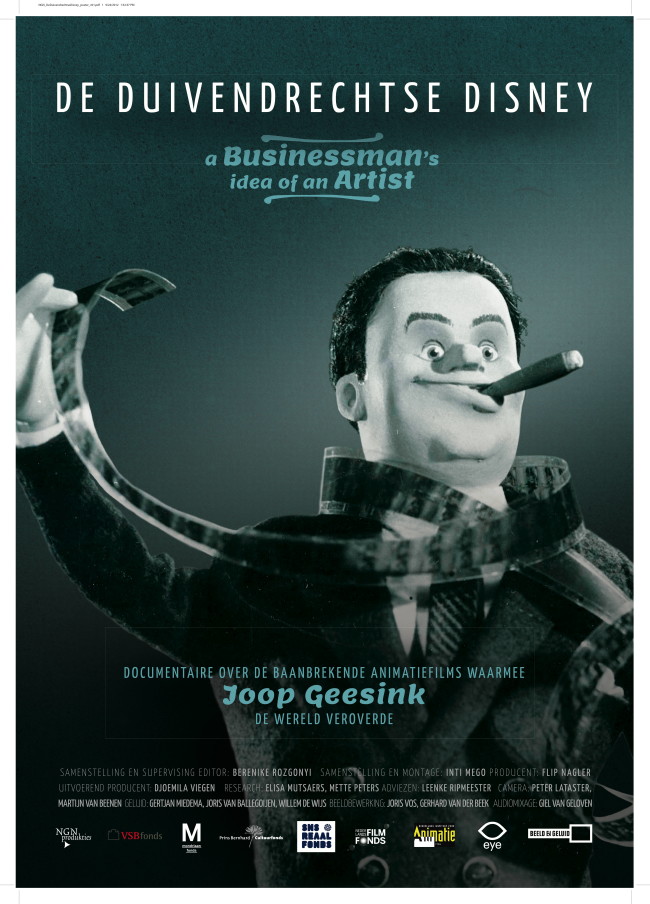 We’ve also got a few surprises in store for our guests, so please join us on this exciting evening!!

Over fifty years ago, the Netherlands had a professional film studio specializing in puppet animation: the Geesink Studio. From the 1940s to the 1970s, this company was run by producer Joop Geesink (1913-1984) and conceived hundreds of puppet films under the name Dollywood. The studio has won over 80 international prices among which several Lions awards from the renowned international advertising festival in Cannes.

Joop Geesink was one of the big animation pioneers in the Netherlands, along with Marten Toonder and George Pál. The Geesink Studio mainly produced commercials. Apart from their biggest Dutch client Philips, Geesink’s international clientele was quite impressive: Mackeson, Ballantine, Campari, Coca-Cola, Knorr, Heineken, Heinz, and many more. The studio produced commercials for markets in Europe, Asia, South and North America.
Germany and Italy were particularly important markets for Geesink; he even opened offices in Dusseldorf and Rome. In its heydays the studio employed over a 100 people.
The puppet films are little gems that strike the eye by their professional animation techniques, immaculate backgrounds, cute puppets and funny stories. The productions typically show a safe world populated by cheerful characters.

Event hosted by Bill Lorenzo. Admission is free. Please be advised that the depictions of minorities and gender roles in these films are from a by-gone era and may be offensive to some.