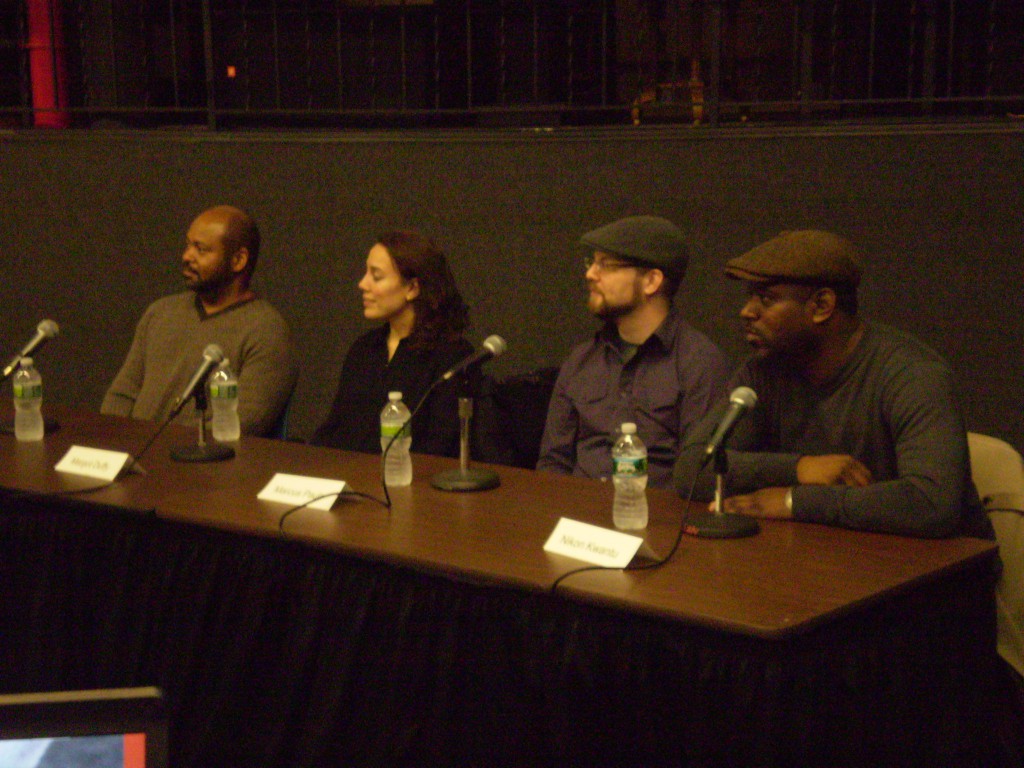 Justin started off with a brief history of Sesame Street and Sesame Workshop, giving an overview of how the show and company came into existence.   Sesame Workshop has been an incredible supporter of NY Animation for 40 years, employing thousands of artists across all spectrums.  Media produced has become increasingly interactive, and consists of e-books, mobile content, website content, and games.  A recent production that has employed many NY animators is Sesame Street English, a multi-media English language-learning program for young children.  Flash and After Effects are used in the creation of interactive media for use on smartboards, teaching not only English but math, science, and social studies concepts as well.  Content is also being made for Kinect. Created for the x-box 360, it is an award-winning interactive experience, which stimulates creativity and imaginations.  Children have no need to touch a game controller, but rather interact solely with the TV set using gestures and spoken commands.  These are picked up via the Kinect sensor device.

There are inherent challenges in producing content for these different platforms.  While the characters have been designed into animatable forms for the screen, specific guidelines still must be adhered to.  It is important that the personalities, look, and behaviors stay true to who the characters are, and whom audiences are familiar with.  Sesame Street characters are a unique brand that audiences have come to depend on.  There are also many levels of approval to ensure everyone has a chance for input and is on the same page.  As an Animator working with Sesame Workshop, an understanding of the research involved in the approval process is integral.

I’ve posted an album of pictures to our Facebook group.  Feel free to add your own to this album, as well as your thoughts on the discussion below.  This was a highly attended event, and we received a lot of positive feedback.   At the end of the event, Linda Beck challenged our audience with animation trivia and really cool Sesame products were given to the winners.   As usual, members gathered at the local watering hall afterwards.