Posted by dayna on Sep 23, 2013 in ASIFA Events, Industry Events | No Comments 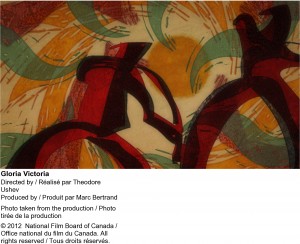 Update: Please note this event has reached capacity but we will have standby tickets at the theatre, based on seating availability. There will also be a gathering afterwards at a local pub – see below for the address.

The National Film Board of Canada (NFB), in collaboration with ASIFA-East and Dimitris Athos, Program Director of BeFilm, invites you to an exclusive presentation of recent films from the NFB’s acclaimed animation studios, with celebrated directors Chris Landreth and Theodore Ushev in attendance. Winner of a 2005 Academy Award for his short film Ryan, Chris will guide you through the Uncanny Valley, a place where animated characters can seem realistic without quite being real, and where they can be unsettling, smart, creepy, cheesy, funny—or all of these at the same time. Chris will then screen Subconscious Password, his first S3D work and the winner of the Grand Prize at the 2013 Annecy International Animated Film Festival. Then, keep your 3D glasses on for Theodore Ushev’s presentation of his film trilogy on the relationship between art and power, including the final film in the series, Gloria Victoria, winner of the FIPRESCI Prize at Annecy. Theodore will discuss how his films combine advanced 3D and primitive woodcut printing techniques as well as politics, art and music with the goal of creating a single, simple message. We’ll also screen three exceptional short films by emerging or established filmmakers: Hollow Land by Michelle and Uri Kranot (Dansk Tegnefilm/Les Films de l’Arlequin/NFB), The End of Pinky by Claire Blanchet and Impromptu by Bruce Alcock (Global Mechanic Media/NFB).

Please note this event is open to current ASIFA-East members only.  Due to theatre capacity, only a limited amount of tickets are available for reservation.  You must reserve a space to attend.   Please arrive by 6:30pm to ensure entry.   Since there are a limited number of tickets available and we would like to ensure that everyone who would like to attend can do so, we ask that you do not reserve a space unless you can commit to attend. RESERVE YOUR SPACE! 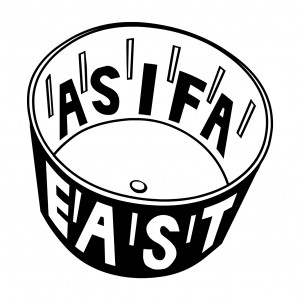