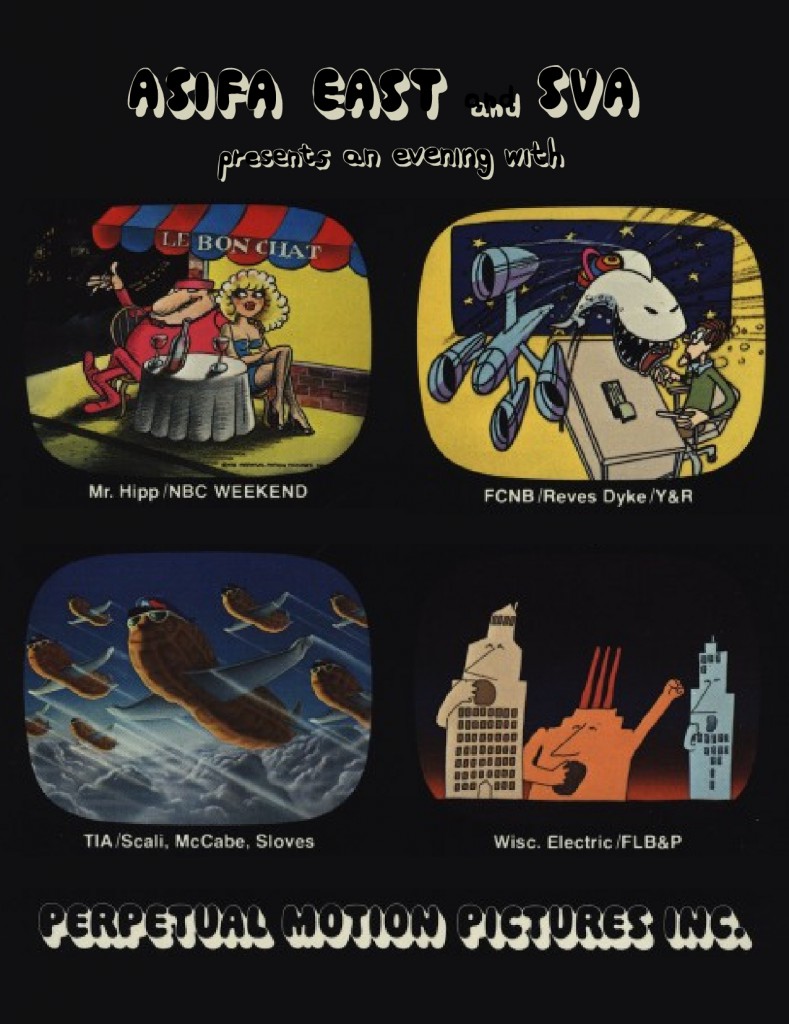 ASIFA-East’s very own Candy Kugel has been putting together this amazing night featuring a piece of NY Animation history!  Read on for information from Candy about this wonderful event coming up!

On Friday, October 12th, ASIFA-East and The School of Visual Arts Animation Department will present the work and artists who worked at Perpetual Motion Pictures between 1970 and 1982.

What was Perpetual Motion Pictures anyway?  Well, contrary to its name it didn’t remain perpetual forever—founded in 1968 by Buzz Potamkin (producer and Hal Silvermintz (designer/director)– it went on to have a great effect on the animation world– not only in New York, but worldwide.  And not only were the commercials prize-winning and formative of the current culture, but at its peak, it employed over 70 people working on ads, programming, and 5 Berenstain Bears’ holiday specials and Strawberry Shortcake in Big Apple City. It disbanded in 1982, but it also was one of the last big studios to employ some of the best talent of the day and be the springboard to many a career in animation of the next generation.

This past year saw the passing of the original partners– designer Hal Silvermintz and producer Buzz Potamkin and animation director Vincent Cafarelli.  It is now time for the first ever reunion of 1970’s New York animation and screening!

Animation celebrity (TCN’s Kids Next Door, Disneys’s FishHooks) and nice guy, Tom Warburton (who was too young to have worked there but who heard lots of the stories!) will be hosting the evening. The panel will consist of Mordicai Gerstein (award-winning children’s book writer and illustrator who worked as animation designer/director on many commercials and also directed the first Berenstain Bears’ holiday special for Perpetual), and 4 others who started their careers at Perpetual: Russell Calabrese (Los Angeles based animator/animation director), JJ Sedelmaier (owner/producer/director of JJ Sedelmaier Productions), Thomas Schlamme (director/co-creator of The West Wing, Studio 60 and the Sunset Strip and Miss Firecracker) and Candy Kugel (co-owner of Buzzco Associates/animation director/designer .

Richard O’Connor is putting together clips of the work from Perpetual and you will see excerpts from commercials, WEEKEND political cartoons, the Berenstain Bears’ holiday specials and Strawberry Shortcake in Big Apple City!

If you were there– please come! Ask people you still are in contact with!
If you weren’t — come see this part of NY animation history!

This event is happening on: 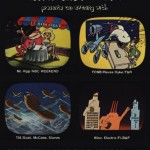