Hello folks!  Welcome back to another exciting season at ASIFA-East!  We hope you had a great summer, and got to enjoy some much needed relaxation.  The ASIFA-East team is back from our summer hiatus, and we’ve got a busy month of activities ahead that we hope you’ll join us for. 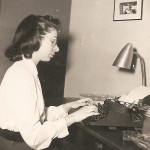 Center for Visual Music and The New York Public Library for the Performing Arts, Dorothy and Lewis B. Cullman Center, will present a Cecile Starr Tribute Celebration on Thursday, October 1, 6 pm, at Lincoln Center, New York. As a writer, educator, scholar, and film distributor, Cecile Starr (1921-2014) was a tireless champion of experimental animation and independent cinema, firmly dedicated to the belief that film was an art form. This tribute event salutes her life and work, with films by Bute, Fischinger, Lye, Richter, Spinello and others Cecile promoted, video footage of Cecile, short testimonials by colleagues, family and friends (including ASIFA-East’s Howard Beckerman), plus a new tribute film made for the event by Devon Damonte. Please join us in celebrating this remarkable woman’s life. Organized in association with Cecile’s family.

Reservations may be made online at http://www.nypl.org/events/programs/2015/10/01/silent-clowns-film-series-cecile-starr-tribute-celebration

On October 14th at 8pm, Animation Nights NY will present “Czech! This! Out!” A screening of Czech Contemporary Animated Shorts.  ANNY is an on-going monthly series of animation screenings at 8:00 on the 2nd Wednesday of each month, curated by Yvonne Grzenkowicz and ASIFA-East Board Member Robert Lyons.  For event details, visit http://animationnights.blogspot.com/. 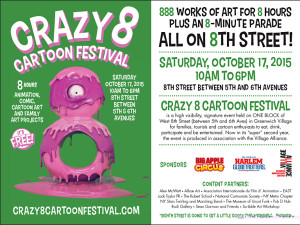 On Saturday, October 17th, we are again particpating in the Crazy 8 Cartoon Festival, a day long block party for cartoon enthusiasts, families, and tourists. We will be presenting a selection of our member’s short films, curated by ASIFA-East board member Tristian Goik. It will held at 2:30pm at Arts and Craft Bar.  Tons of activities throughout the day including a performance by the Harlem Globetrotters and a 60 piece marching band! For more information, click here:  https://asifaeast.com/event/10716/?instance_id=1460. 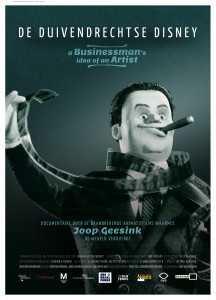 And finally, on Tuesday, October 27th, ASIFA-East celebrates International Animation Day with a very special screening of The Disney of Duivendrecht.  Over fifty years ago, the Netherlands had a professional film studio specializing in puppet animation: the Geesink Studio. From the 1940s to the 1970s, this company was run by producer Joop Geesink (1913-1984) and conceived hundreds of puppet films under the name Dollywood. The studio has won over 80 international prices among which several Lions awards from the renowned international advertising festival in Cannes.  This documentary shines light on the innovative entrepreneurship of Joop Geesink and the unique talents of his animators through interviews with former employees and numerous memorable film fragments.  We have an exciting evening planned to go along with this screening, so please save the date and join us!  Hosted by ASIFA-East board member Bill Lorenzo.  For event info, click here: https://asifaeast.com/asifa-east-celebrates-international-animation-day/.