Posted by dayna on Mar 16, 2014 in Feature Articles, Member Perks | No Comments 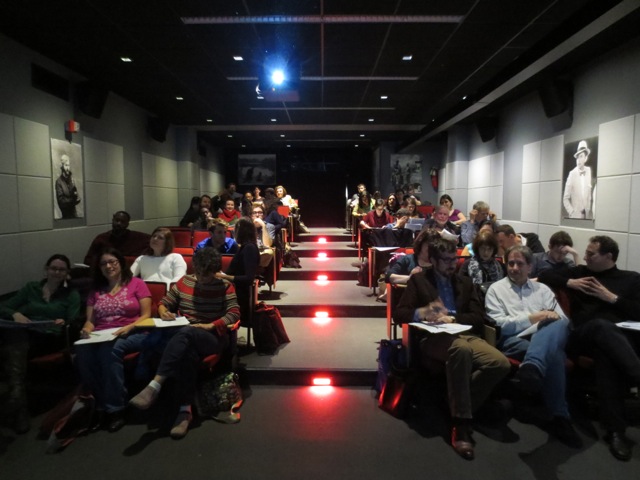 On March 11th, 2014,  members of ASIFA-East, students, and animation industry professionals gathered in Room 502 of the School of Visual Arts for a screening of animated films and music videos.  This evening marked the beginning of the 45th Annual ASIFA-East Animated Film Festival.  These films were being judged by the attending ASIFA-East members, along with films in the Student category (31/13) and the Independent category (3/18).  The awards will be presented on May 18th, 2014, along with a screening of the winning films and reception.

This year’s films were judged on a 6-10 scale, with special awards for excellence in writing, design, animation, sound design, and education.  The commissioned films were a mix of TV specials, episodes, commercials, and PSAs.  I enjoy this category because it features an intriguing array of animation styles and designs.  From 3D animation to 2D pencil and crayon, it’s always a treat to watch.  The deadline driven nature of this type of sponsored work can lead to limited animation and short-cuts.  Yet it is often notable what choices animators make even within these constraints.  Music videos can be a tricky bunch as well.  Animation not only competes with the music itself but at times with the live action as well.   Blending these three things seamlessly can be a great achievement on many levels.

Many thanks to the SVA Animation Department as well as to our board of hard-working volunteers.  The festival is off to a great start and I look forward to awards night!