ASIFA East Awards and Film round up!

Another great season of East Coast animation has come and gone and as we do every May for more than 40 years? – I wanted to round up as many of the winners as I could online so this post might act as a kind of catalog of winners as best I could muster online. The festival took off without a hitch with many thanks to Adrian Urquidez for compiling all the films into a screener.  I’m just going to go down the line in order of the prizes.

I think it is worthwhile to mention the rewatch-ability of a film because this short has it. The track, the flow, the beautiful animation -All take the cake. The first time I saw this film was at the experimental judging night, and It made me bounce in my seat with the urge to dance and move. The best part is that in my web search for all these films I stumbled on a few really awesome ‘making-of’ blog posts. Here they are for your web enjoyment.

This is the kind of film that would be so much harder to make in a time before the internet. Ani-jams are always fun but often have no narrative so this is a fun change of pace I also liked seeing the faces of the artists at the end of the credits -nice touch. The only video I could find online was this rough animatic but in my searching I got to find a few individual clips that the contributing artists posted. Those can be found here

Let me just say that Bryan Brinkman is a beast. He has been cranking out personal work in so many forms since he finished his undergrad at UArts in Philadelphia. His music video for Dot Dot Dot is just another fine sampling. In the last year he also had a recent brush with internet fame from being an audience member at Late Night with Jimmy Fallon where his twitter followers jumped from 6 to 20,000 in one night adding to his viewership. Bryan has been crankin’ it hard lately out in LA on the newest season of the Life and Times of Tim for HBO.

Sesame Street: Word on the Street

Simple, Sweet, and the narration cracks me up. This was a series of shorts to help with vocabulary you can also check out Concentrate! and Inspect on youtube.

by David B. Levy 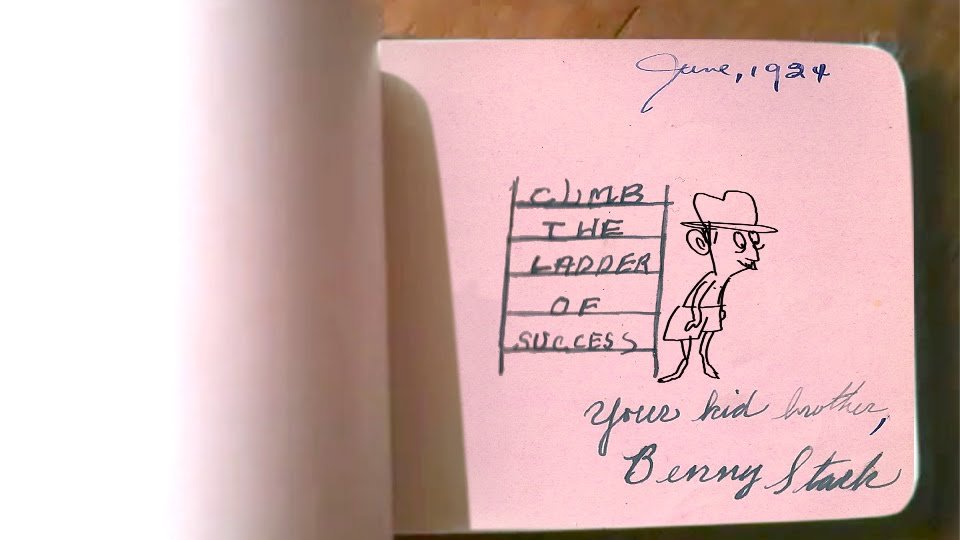 Dave Levy’s most recent film and most personal took the prize for best independent film. I couldn’t find a clip online but there is a very active facebook group devoted to it and has been screening in New York all over the place most notably the TriBeCa Film festival.

David Chai has gotten to be almost as consistent as New York blizzard in February. Chai has been submitting and creating a film a year since 2004 and has kept that going strong. I couldn’t find a clip online just yet but perhaps after it makes a round at festivals we’ll be able to watch all the bloody violence and slapstick humor that is often come from the house of Chai. I look forward to see what will come down the pipes next year from this west coast animated wonder.

Masks is the latest film from Patrick Smith who had been plugging away to finish the film that he started here in New York and polished off in Singapore  while teaching at Tisch-Asia. Masks is  big change in direction from his previous films that were more personal. The driving audio track helped to create some of the visual grit that goes through out the film. The animation award here is pretty suiting since the craft Patrick puts into the old school drawn animation shows through. As for a online clip there the trailer posted above.

My hat is off and flying to Fran Krause who animated this whole film in his SKETCHBOOK. At the Ottawa animation festival this past fall Fran made the rounds showing off the some of tiniest animation work ever made and it was exciting just to see the process in person-I would venture to call it experimental but it works just as well in a more traditional short film sense. The design here was minimal and calm, the soundtrack worked so beautifully as well. Check out the ‘making of’ video I posted below. 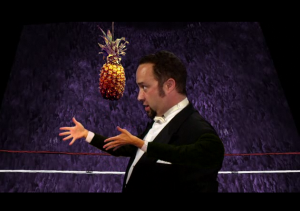 From the twisted world of John Dilworth comes another space man dilly gem -Bunny Bashing. The bashing gets to border on funny and extreme but has great moments of hilarity while spaceman dilly explains the game of boxing to a pair of space aliens hungry for destruction. You can check out the film in its entirety on IMDB right here.

by The Rauch Brothers

Danny and Annie is a short that can’t help but make you cry your eyes out and believe in true love. The Rauch brothers have been working on story corp shorts for PBS for quite some time now but this one is my favorite. Also I absolutely love the backgrounds/art direction done by Bill Wray . 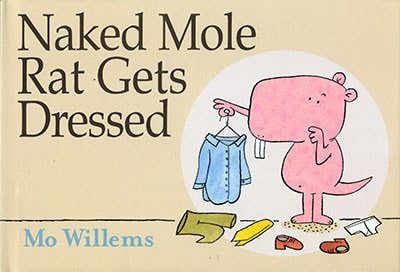 Mo Willems scores again with a Weston Woods production of his popular children’s book Naked Mole Rat Gets Dressed.  A nice touch to the short is his own daughter’s voice (who you may recognize from the knuffle bunny shorts) doing the narration. Great job Trixy! The trailer for naked mole rat is available HERE

By The Rauch Brothers

Most of these story corps films are heavier in tone but the nice part of  The Human Voice is definitely the spirit of Studs Terkyl and his propensity to yak.

The Pigeon Finds a Hot Dog 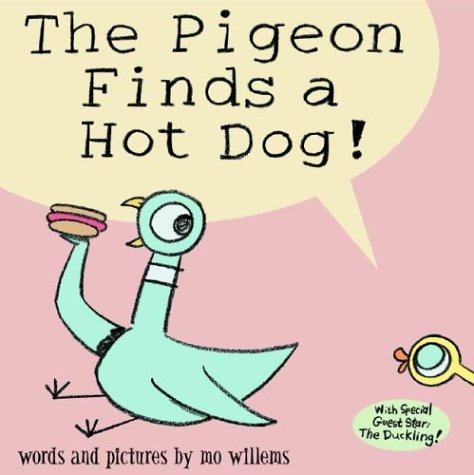 That crazy pigeon. – Great animation work here by Pete List, the pigeon is voiced by Mo Willems and the Duckling by Trixy Willems. The book makes  a wonderful transition to film and keeps it light hearted and funny. The trailer can by found HERE 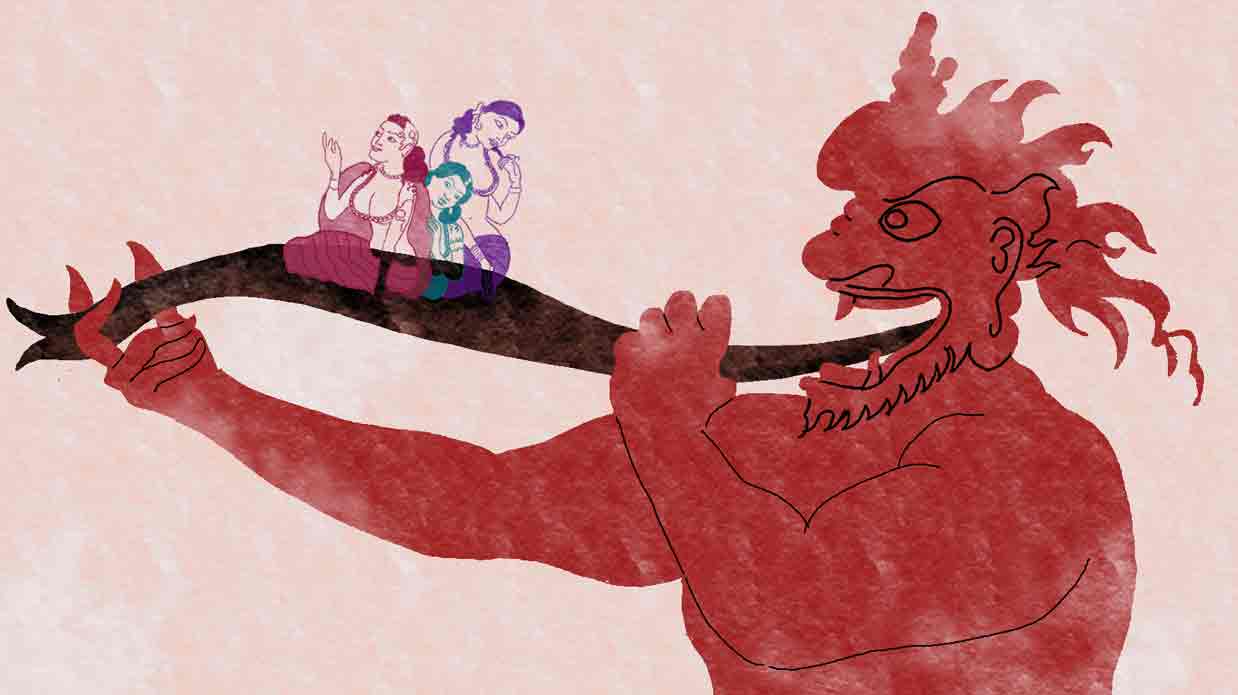 The Buddha documentary aired on PBS and was a delight to watch from start to finish. When I first watched it on my couch at about 1am on a week night I had an inkling that the beautiful animation that was throughout the film as New York made. I couldn’t find a shorter clip but here is the whole documentary on the PBS website.

I guess we should be thanking Patton Oswalt for the hilarity of this short but I think the animation really complimented it. I had a lot of WTF and chuckle moments in the screening so that works for me, especially since I’ve worked in department stores during the Christmas season and have heard this song probably one too many times.

I wish I could find another version of the film with subtitles to show you how it screened, but next to Accumlonimbus this was one of my top films for the evening. The writing, music, animation, and art direction are just perfect and to think this is a promo for a television station is surprising. This level of style and craft would likely not be seen for a promo on American television. 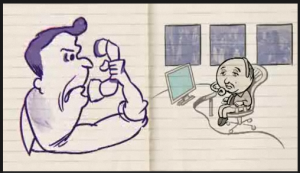 Comic artist, illustrator, and animator Gary Leib has been putting out these great whacked out shorts for the New York Times online for a while now but this one is by far the best. The full video is available HERE as well as his previous concrete jumble films.

Let me just say the first time I saw this film was at the awards night and I totally didn’t see the end coming – or that it would be about women in the work place (maybe I’m slow on the uptake). Also just as a side note only 6 women filmmakers won awards that night, time to get our female filmmakers in gear!

Farley in “Thinking of You” 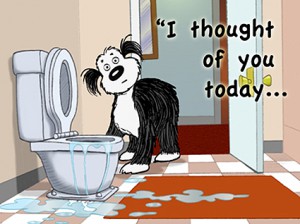 Street art, public transit, and break dancing come together for this brief but fun spot by Christi Bertelsen for ADA Sport Inc. Christi also made the track they used to animate too, my hat is off to her!

by Twins are Weird

Our hunchbacked hero just wants to watch a little Fellini! Joy Vaccesse and Noelle Melody team up as they were born to do for the Martha’s Vineyard Festival bumper. The twins have been signed up to do this year’s as well -just a side note the MVFF is accepting film entries now so hop on that! Martha’s Vineyard Film Festival

To Have and To Hold


Recent SVA alum Jessica Polaniecki delivers excellent craft and a sweet story of woman who lived her life through adventures and objects. The only stop motion student film of the night to take a prize, I’m glad it was posted online to share.

Pratt grad Jane Wu delivers a story of friendship between two young girls in a muted pallette and a world of odd objects growning from people’s heads.

Haunting and elegant, recent grad from SVA Dustin Grella has been taking to the chalk board since completing his student film about his brother’s death in the Iraqi war. Prayers for Peace has taken big prizes at previous festivals and Dustin is currently working on his animation hotline project which is HERE

Photos from the festival can be posted to the Facebook page Friends of ASIFA East! – Heres a link to their photo page HERE