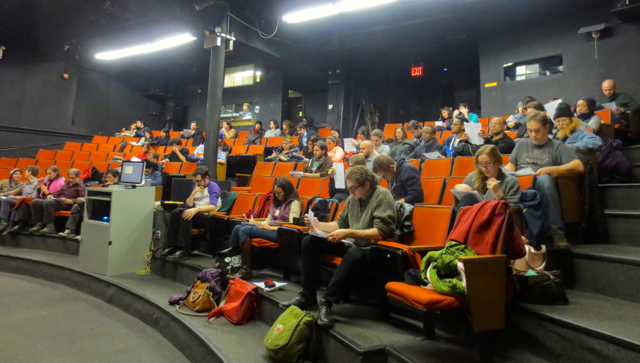 On Thursday, March 13, ASIFA-East held its annual judging of student films for the ASIFA-East International Animation festival. In the past, these screenings show student thesis work from the previous year, student works-in-progress, and (in the case of both) debuts for up and coming animators. These screenings also, unofficially, have served as an observation in the trends and hallmarks of individual animation schools. It is a fascinating way to see how different professors influence their students, and what kind of story and styles influence currently enrolled students. These influences are always a little different each year, and this year appears remarkably different.

Taking place in the third floor amphitheater of the School of Visual Arts (SVA), the evening had a very good turnout. A healthy combination of students and animation pros, all curious to see new animation being born.  This year, Pratt Institute holds the honor of most student submissions. Pratt’s student work has built up a very gradual presence in the past decade, and this year, they bring us some exciting newcomers. Pratt’s films all had an experimental element (which has become something of a Pratt hallmark), but this year, they also exhibited more atmospheric qualities. As such, some of their films this year deal with dark settings, even though the films themselves are not dark or morbid in content. The plots often involve characters in dark places like caves, dark planets, outer space, or simply outdoors at night. Also, in keeping with the experimental nature, there was a particular abundance of stop-motion films. All in all, there were some narratives, while others had no real stories, but were full of fanciful characters in situations that kept the plots moving.

Coming in behind Pratt were the films from Philadelphia’s University of Arts (UArts). UArts’ films generally have only a little in common with one another, and each work demonstrates very individual sensibilities (be it experimental, narrative, abstract, childlike, etc). The films from NYU Tisch demonstrate very similar hallmarks, such as simple yet cute designs, and stories about childhood fantasies. An appropriate word to describe this year’s animated films of NYU Tisch is “innocent.” There was a load of experimental work from our neighbors from Rhode Island School of Design, Rochester Institute of Technology, and Hostos Community College. Surprisingly absent this year were films from SVA. ASIFA-East even received a few submissions from cousins in the west (namely Los Angeles and Kansas), a small combination of 2D, 3D, stop-motion and experimental/abstract work.

Overall, there were plenty of school styles, but only a few similarities amongst all the films in general. As stated many times, there are experimental animation based on abstractions than literal narratives and settings. Some films tended to depict violent outcomes. A notable trait with some films was the feature of characters eating one another, not cannibalism per say, but along the lines. Nothing too repulsive though, we had tremendously great work this year.

Looking forward to the winners at the awards ceremony on May 18th. 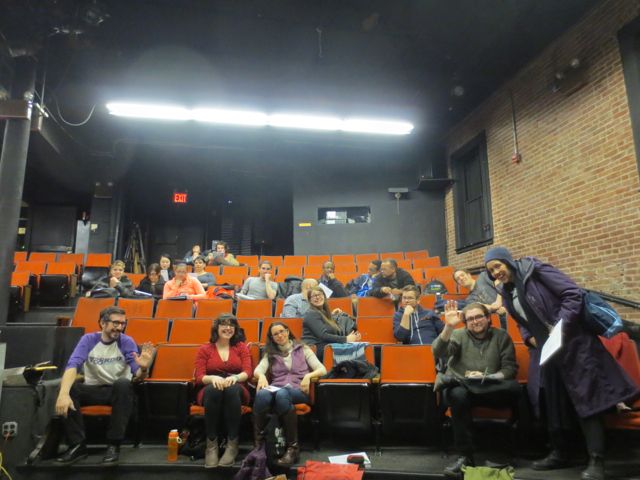 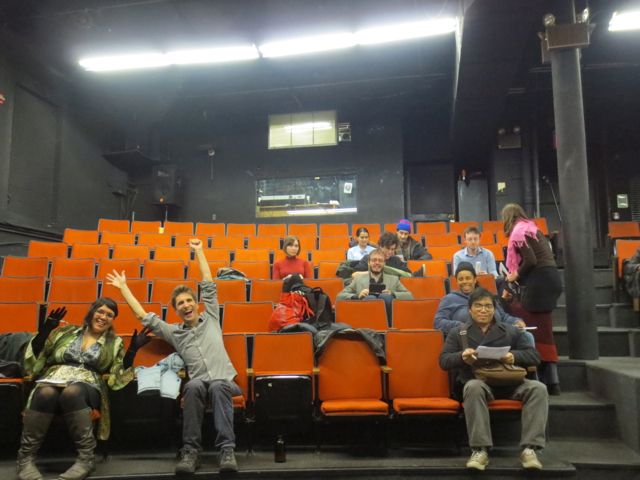