Thanks to everyone who entered the 2014 ASIFA-East Animated Film Festival!  Please join us this March as we present screenings nights in the following categories: Student, Commissioned, Music Video, and Independent (including Experimental).  Screenings are free and open to all.  As an ASIFA-East member, you are invited and strongly encouraged to take part in our screenings as a juror and cast your vote for the winning films.   Our Awards Ceremony will be held on Sunday, May 18th, 2014 (details forthcoming).

Take an active role as an ASIFA-East member by attending the jury screening nights and let your voice be heard. All screenings are held at The School of Visual Arts (SVA), located at 209 East 23 Street, NYC. Members should arrive 30 minutes ahead of time to sign in to get a ballot. Admission is free and open to all but only up to date members may vote. New members/renewals accepted at each event or visit https://asifaeast.com/join-asifa-east/ and bring your receipt to the screenings. ASIFA-East membership cards will be given out at each screening. Attend and pick yours up! 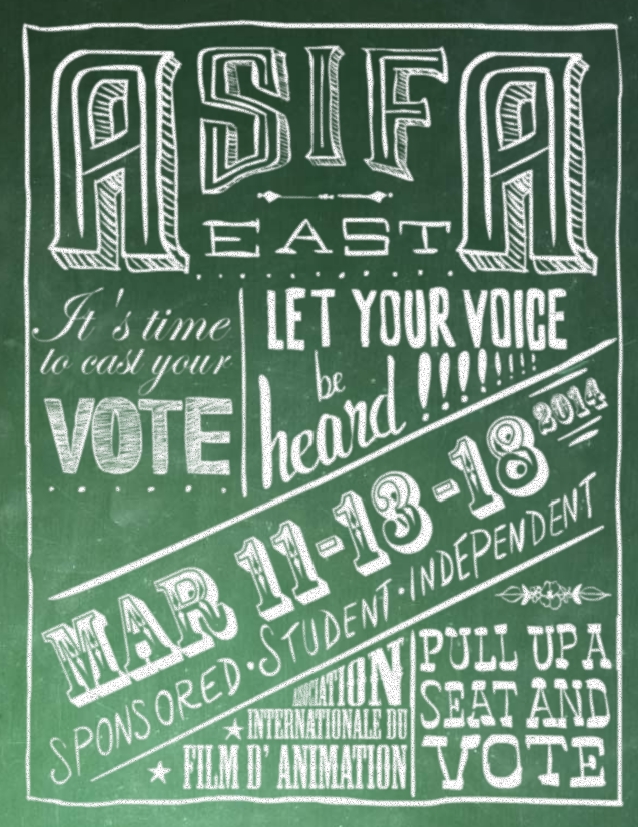