Posted by Tristian on Dec 14, 2015 in Uncategorized | No Comments

The second installment of Animation Nights New York: New York Independents was held this past Wednesday, December 9, in partnership with host venue The Fulton Stall Market at 207A Front Street in the Fulton Seaport district of Manhattan, and Little Water Radio. Yvonne Grzenkowicz was the host and curator for this standing room only event. There was an entertaining and informative question-and-answer session with many of the directors right after the screening. 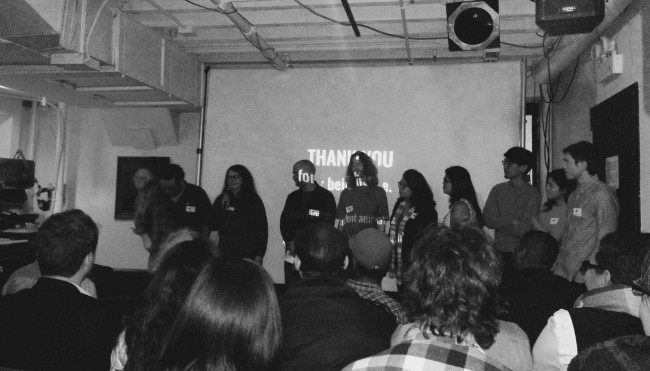 There were 15 animated films with a running time of about 76 minutes.  The first was Chadwick Whitehead’s Fallt, a funny tale “inspired by Sufi fables and frivolous lawsuits”, about an unfortunate farmer who is sued by Mr. Fault.  The next film was Christi Bertelsen’s Late, a hilarious short that many of us can related to, about a girl who struggles to get to work on time and to not forget her cell phone and other important items in her apartment.  Our Crappy Town by London Squared (consisting of the husband-and-wife team of Andy and Carolyn London) is an unforgettable and outrageous short based on Andy London’s small, forgettable role in a high school production in 1986.  What happened when the curtains closed…is the stuff of legend! 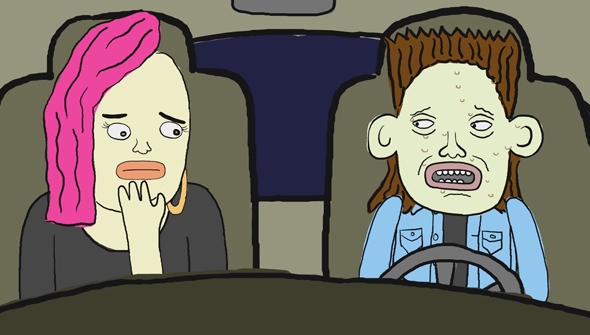 “Our Crappy Town” by London Squared

The Thing in the Distance by Elliot Cowan is the eighth ‘stressful adventure of Boxhead and Roundhead’, the director’s internationally award winning series of shorts.  This particular tale of obsession an  paranoia features the two characters in a land of monsters, hostile natives, and appalling weather.  Looking For by Hui Kai Su is a satirical short about how the process of chasing our life goals may be mysteriously directed by social norms. Teat Beat #8-11, from Signe Baumane’s Teat Beat of Sex movie, is a collection of four short entertaining “lectures” on sex given by a woman who reveals her most secret thoughts on the most intimate matters–including kissing and making out in these lectures. 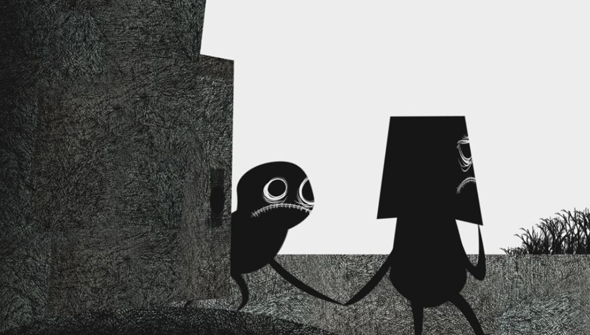 “The Thing in the Distance” by Elliot Cowan

Time Space Reflections is an elaborate all-puppet stop motion film by Bronx-based animator Alba E Garcia-Rivas. It is a moving story about an inventor who loses her twin sister in an accident and creates a space-time portal machine to find her. Life with Asperger’s by Jaime Ekkens is is an animated documentary with voice over narration that explores the challenges of growing up and living with Asperger’s Syndrome, including adapting to one’s limitations in the face of anxiety and isolation.  This film is a collage of photography, rotoscope, animated characters, and live action footage. 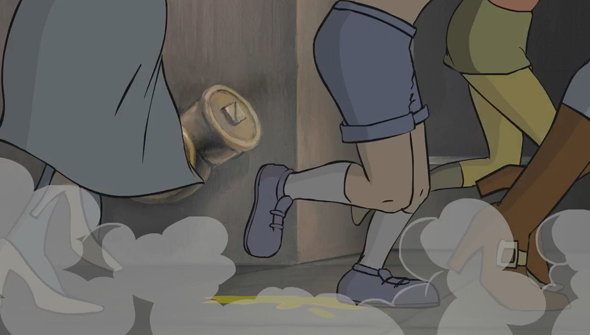 After the intermission was Plastic Fantastic by Lev Polyakov, clocking in at 11 minutes! This enjoyable dark comedy is about fictional pop star Bobby Schnoz, who sings through his extremely long nose. Bobby has a life changing experience after getting attacked by a vicious and hungry Chihuahua. Dreamers in the Dark by Julia Velarde is about a young brother and sister left orphaned by the 1911 Triangle Factory Fire struggle to survive in New York City. Fortunately, the children eventually discover their talents. The period backgrounds and piano score bring us back to that time in New York history. 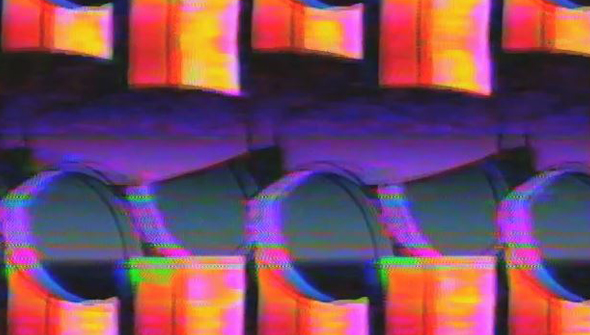 Beardo Montana (or “Beardeux Montagne” in French) by Chrissy Felmeth is about a French Canadian fur trapper, his bear, Claude, and his
redneck buddy Luke who all go to a hockey game, with an unexpected and gory conclusion.  The hilarious short contains a catchy soundtrack
credited to the “Beardeux Montagne Jamboree Fun Time Band” that has infected this gentle blogger.  Roe Glitch by Preston Spurlock is a short experimental work that mildly resembles an out-of-focus television test signal, with a variety of moving shapes and patterns. 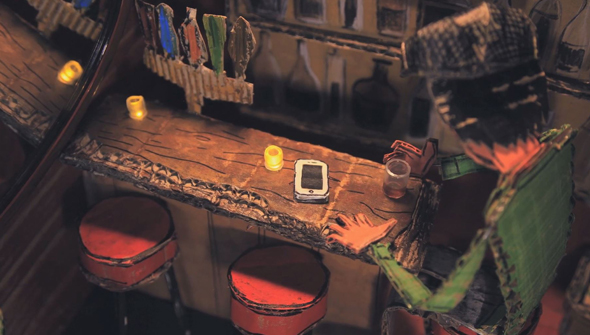 Bloodthirsty Butcher’s Distortion by Jimbo Matison is a music video to the song ”Distortion” by long-running Japanese indie rock/punk rock
band, Bloodthirsty Butcher. This “all-cardboard stop motion animated wild ride for your eager eyes” contains band members as cardboard cut outs, and was created without any green screen.  In a Good Way by Yi Ju Tsai is an 2D animation short created in a unique illustration style reminiscent of ink painting and the Japanese ukiyo-e tradition, and features vivid sound effects evoking the sounds of nature. The story addresses how society tries to shape and distort people, making it hard to respect one’s true voice.  The final short, Let’s Go by Kevin Li, is a sentimental 3D animated short about a young couple that load their final bags into the car and drive away from their recently sold home, onto the open road for a new adventure.

Animation Nights New York is a monthly series held on the second Wednesday of every month.