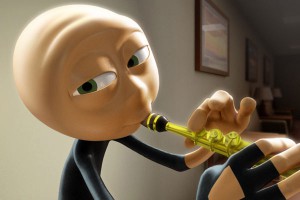 Still from "Distraxion" by Michael Stern

It is good to know that there’s always room to start up a new animation festival. When you get right down to it, there aren’t as many as there are general film festivals. Animazing Spotlight appears to be a new festival, having had its first annual screening last November in Hollywood. In our unique world of invisible celebrities, Animazing attracted some notable names to its first festival, such as Eric Goldberg, Bob Kurtz, and rising stars from Pixar. However, it wouldn’t be an animation festival without a competitive spotlight on short films. 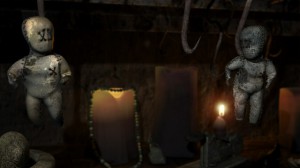 The winning shorts from Animazing were brought over to New York, at the request of ASIFA-East. And now that I have explained what the showcase is, I can say that this was a particularly disappointing screening. There were a few nice pieces in there, but overall there was little variety among the films. There were 15 films altogether, and all but three of them were CG.

I noticed a similarity in more than half of the films. Aside from being CG, they strive for a dark, gothic formula, complete with faux mystery. And along with that, the need to copy Pixar’s short-story formula is way too apparent. Its coming to the point where the “underdog” is getting less interesting.

Of all the films, only three of them really stood out to me: Distraxion by Michael Stern; Elliot Cowan’s Brothers In Arms (starring Boxhead and Roundhead); and The Mouse That Soared by Kyle Bell. Why did these stand out? Well aside from Brothers being the only 2D short, they were brighter and funnier than the rest of the show, which seemed to be too much of a dirge. I’m not sure what the judges in these competitions are looking for exactly. 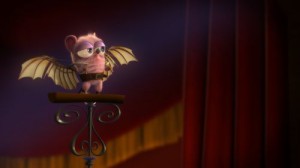 Still from "The Mouse That Soared" by Kyle Bell

When the screening was finished, I happened to overhear Elliot Cowan (the only winner in attendance) mention that he got a lot of nasty responses from viewers at Animazing (Elliot, if you are reading this, could you please fill me in?).

This screening is a further reminder that CG is getting more and more repetitive and boring. The best animation screenings are those with the most variety, both in look and content. Films should not be predictable. And most of these films were too predictable. How about some surprise next time?

Well, congratulations to the winning filmmakers.