“Animation Nights New York,” a monthly animated shorts series, was held this past Wednesday, November 11, in conjunction with host venue The Fulton Stall Market at 207A Front Street in the Fulton Seaport district of Manhattan. The event was an international showcase of animated short films, curated by Yvonne Grzenkowicz with additional support from Michael Collins, Hayburn Studios, and Robert Lyons, ASIFA-East.*  The event was a great success, with sixteen short films presented before a jam-packed and enthusiastic audience of animation industry professionals who filled the venue to capacity. 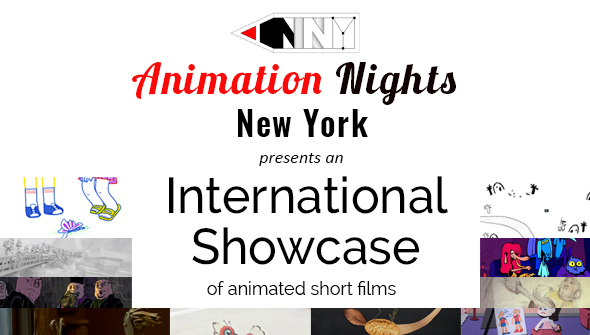 The sixteen excellent films had a running time of about 68 minutes. The screening began with “The Last Resort” directed by Vancouver-based artist Stephanie Blakey, a cut-out animation horror about twin sisters left to run their isolated family hotel in the Canadian Rockies; their young sister, Princess, will do whatever it takes, no matter how terrible, to get their attention. “The Changeover”, directed by Iranian Mehdi Alibeygi, is a film about a bird on a badminton pitch that mistakes a shuttlecock for another bird – with a surprising twist at the end. “The Punishment”, directed by Nelson Fernandes, is a puppet-based stop motion animation in which Lisa, a lonely girl, has been punished by her mother; confined to her bedroom, she feeds her only friend, a plant, with her own tears.  “Color.Shape” directed by Chinese animator Liu Yanchi, is a short painterly film consisting of pure hand-drawn abstract experimental animation. 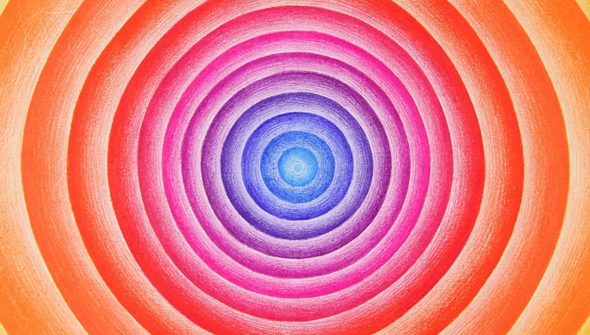 “One Minute For Katrina” source: http://animationnights.blogspot.com

“One Minute for Katrina”, directed by Serafima Serafimova and Max Halley, powerfully evokes the sounds and sights of New Orleans in the aftermath of the devastating hurricane. “Sublime” is a student film by Ana Norambuena at Vancouver Film School, which invites the viewer to enjoy the present moment rather than focus on the past or future. “Bad Nature N°1″ is a leaf-based stop motion animation directed by Csi Nos. “Dinner For Few,” an impressive 3D-animation directed by Greek animator Nassos Vakalis, is a sociopolitical metaphor of the world as we know it today. The characters, including pigs representing the elite and cats representing the people, are shown as players and victims in a system that runs like a well-oiled machine. 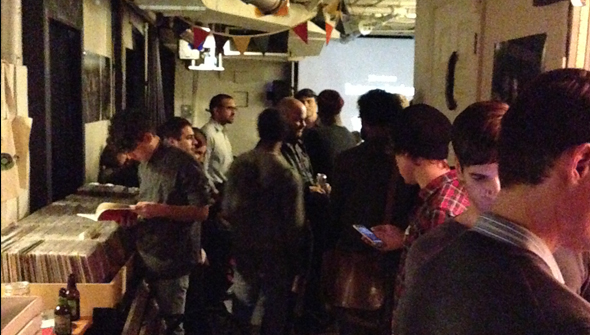 After the intermission, the audience was treated to “Wife of Bath”, directed by English animator Joanna Quinn, a raucous and entertaining adaptation of one of Chaucer’s Canterbury Tales. The hand drawn animation is about a lusty Knight bachelor from King Arthur’s court who rapes a woman and must pay the price. “The Blue Sweater”, directed by Indian animator Dhaneesh Jameson Kooliyath, is the story of a promise made by a girl to her little brother, to knit him a sweater in his favorite color. “Sky High”, directed by Stewart Powers, is a fun whiteboard animation which follows the upwards adventure of a young boy. 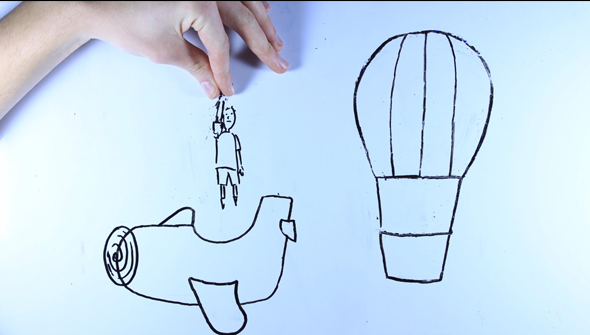 “Gardenia” directed by Germán Velasco, is about an old couple that follows their also old dog into a memory of their youth, which makes them question the environment and their current life which leads to a tragic decision. “The Forest Paper”, directed by Sipparpad Krongraksa is a wonderfully constructed 3-D stop motion animation about a bird that wants to build her nest with straw, but gets lost in a technology-driven world made of paper. “About a Mother” directed by Dina Velikovskaya is an endearingly funny work set in a village, about a mother who selflessly provides for her three children from their birth well into their adult lives. “So Red and a Little Blue” is a graduate film by Chinese animator Luo Sijia at Sichuan Fine Arts Institute; it expresses Sijia’s emotions about the network age, and all kinds of small fantasy segments inspired by daily life. The last film of the evening was “Night Falls on Loserville” by London-based animators Kyriaki Kyriakou and Remus Buznea, a comedic short about twenty somethings going on a date at a night club. Event attendees mingled and enjoyed beverages after the conclusion of the screening. We are delighted that this event was a tremendous success!